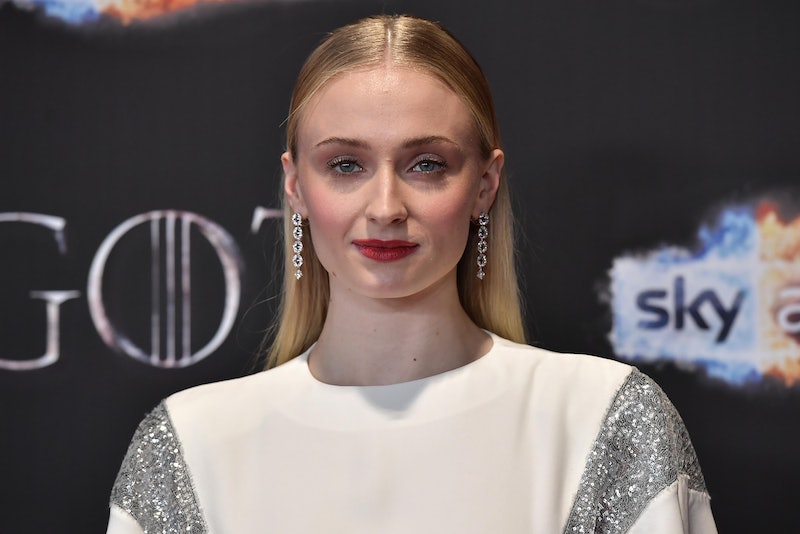 Growing up on Game of Thrones can, in some lights, seem like an enviable experience. But in an interview with The Sunday Times, Sophie Turner shared how challenging growing up on TV was. She was in her early teens when filming for the hit show began, and therefore, the most vulnerable and awkward transition of her life was captured on camera. In the end, it has taken her relationship with husband Joe Jonas and therapy to help her process and accept the way that stage of her life unfolded.

Like most people, as Turner graduated from her pre-teen and teenage years, she underwent significant physical and mental changes. Rather than experiencing them alone or with only family and friends, though, they were on display for everyone to see. She had a very difficult time enduring being so heavily in the public eye at such a young age.

"Having your adolescence being displayed in public, that's something I really wish hadn't happened," she told The Times. "Being in the age of social media when that's happening, I think I would be a much saner person if I hadn't been documented from 13 — your most awkward, uncomfortable, unsure-of-yourself years."

Maturity caused Turner to gain weight and her skin to breakout, which is again, natural for that stage of life. But that didn't stop people from noticing and commenting on the changes, which sent Turner into somewhat of a downward spiral.

"Suddenly, everyone's metabolism slows down at 17, 18 and then that's documented," she said. "My skin and everything. People commenting on it. I was too aware of my body at a young age. And it just kind of took over my mind, it was all I would think about. Calorie counting, everything. Oh, I'll just eat nuts today."

It wasn't until her habits started directly affecting her physical health that she decided to get help. "I stopped having my period for a year," she told the publication. "That's when I decided to have therapy." She told the outlet she thinks it's incredibly important for everyone to attend therapy.

She noted that, given her Game of Thrones character Sansa has taken up most of her adult life, she has had a hard time discovering who she is outside of it. Her husband helped. If you didn't get all of the push notifications, the two eloped in Las Vegas following The Jonas Brothers' performance at the 2019 Billboard Music Awards. According to The Times, they planned to tie the knot in France after Thrones ended, but they simply couldn't wait that long.

The way Turner recalled it, she and her husband met at the perfect time; somewhat of a divine intervention. "I was going through this phase of being very mentally unwell," she said. "He was, like, 'I can't be with you until you love yourself, I can't see you love me more than you love yourself.' That was something, him doing that. I think he kind of saved my life, in a way."

Now, she has learned how to love herself, despite having an unconventional adolescence. And she does give her husband some credit for that. “A lot of [my happiness now] is to do with being with a person I’ve fallen in love with," she told Glamour UK in March. "Who loves me more than he loves himself, and who wants to see me find my own happiness."

Now, despite the end of Game of Thrones, she says she's happier than she's ever been, and she's ready for new beginnings.