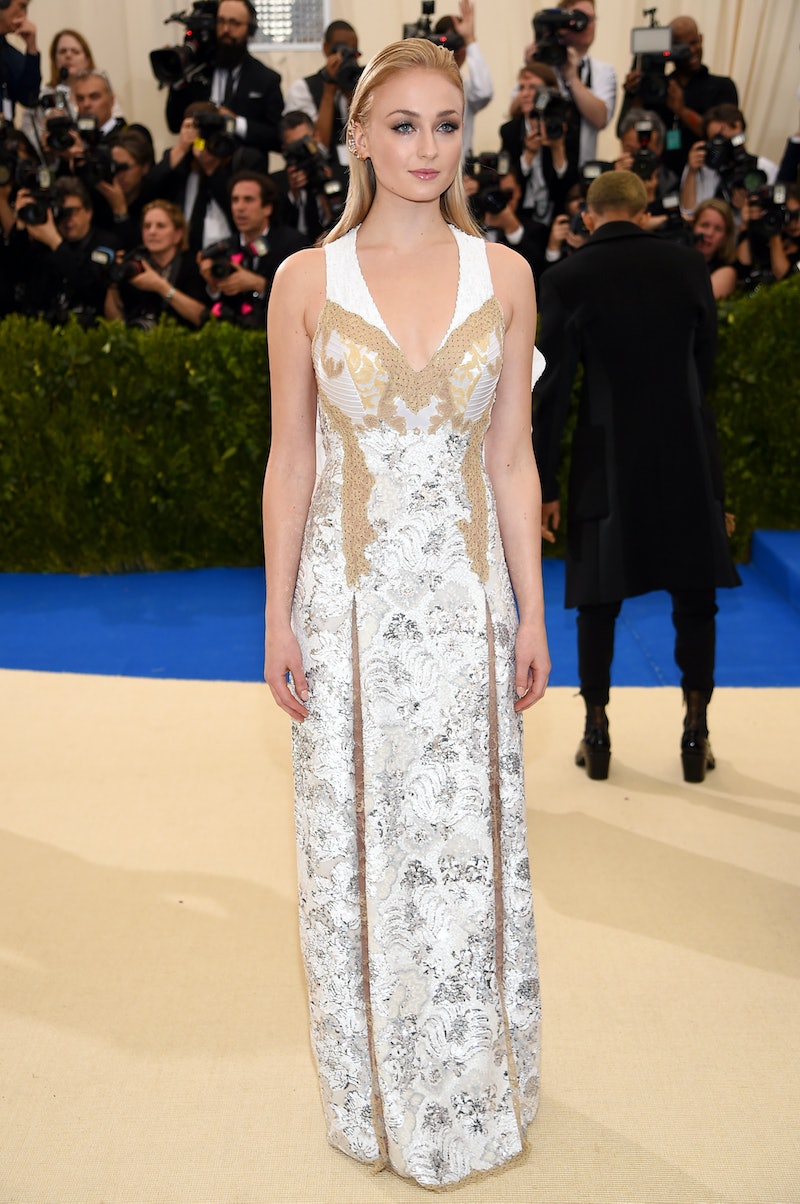 The best red carpets are when stars really take fashion to the next level, but there's something about an MTV Award show that allows celebrities to let their hair down a little, and that was definitely the case tonight. Sophie Turner's outfit at the 2017 MTV Movie & TV Awards might have been gorgeous, but it just didn't happen this year. Sure, Turner would looked stunning alongside Game of Thrones cast mate Maisie Williams (best BFF duo ever, yes?). Together, the two kill it on the red carpet regularly — and while starring on Game of Thrones. But, according to Turner's Instagram, the actress is busy elsewhere at the moment.

While Turner may not be nominated for an individual award tonight at the show, it would make sense that she would be there to support Game of Thrones and their two nominations as a show — actress Emilia Clarke had her own individual nomination. The show scored nominations for Show of the Year and Tearjerker for Hodor's death scene. Clearly, the nominations were well-deserved, even if the show didn't nag a win for any of the above.

According to her Instagram posts, Turner is currently in the UK doing things like, you know, casually hanging out with Hillary Clinton. Can you blame her for missing the trip to LA? Yeah, me either.

If you want to reminisce about some of the star's best red carpet looks in the past, though, there's plenty of looks to remember. Turner has been killing it lately with her stunning, ethereal look at the 2017 Met Gala, and her edgy and elegant Golden Globes look.