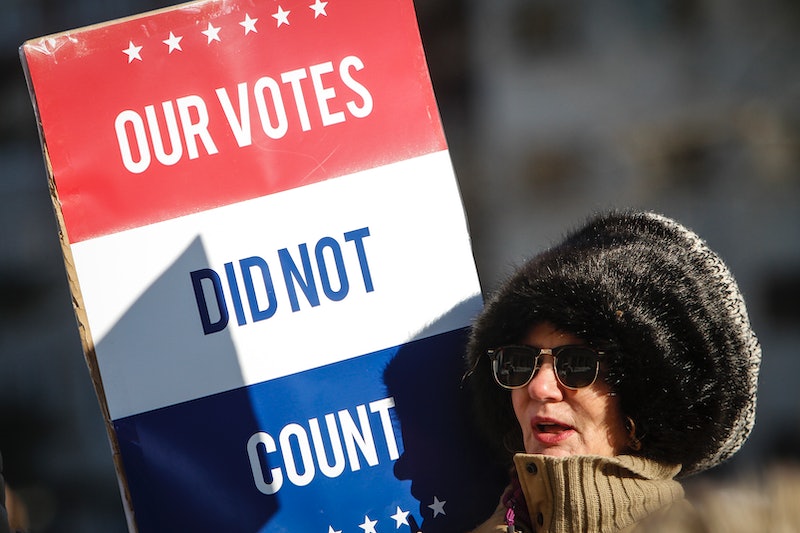 On Thursday, New Mexico became the latest state to promise its electoral votes to the winner of the national popular vote in future presidential elections, as long as a certain number of states are on-board. There are now 14 states as well as the District of Columbia who have agreed to this same compact, according to CNN. If several more states turn against the Electoral College, there's a chance the system could change in a big way.

The National Popular Vote interstate compact claims to be a "constitutionally conservative, state-based approach that preserves the Electoral College, state control of elections, and the power of the states to control how the President is elected," according to its official site. Per the site, the compact will only go into effect when enough states sign on to promise enough electoral votes to elect a president, which requires at least 270 of the 538 electors. Right now, the 14 states on-board represent 189 electoral votes. The site's mission reads in part,

Because of state winner-take-all statutes, five of our 45 Presidents have come into office without having won the most popular votes nationwide. The 2000 and 2016 elections are the most recent examples of elections in which a second-place candidate won the White House. Near-misses are also common under the current state-by-state winner-take-all method of awarding electoral votes. A shift of 59,393 votes in Ohio in 2004 would have elected John Kerry despite President Bush’s nationwide lead of over 3,000,000 votes.

Here's what you need to know about the states who have already signed on to the compact to put presidential elections back in the hands of voters: