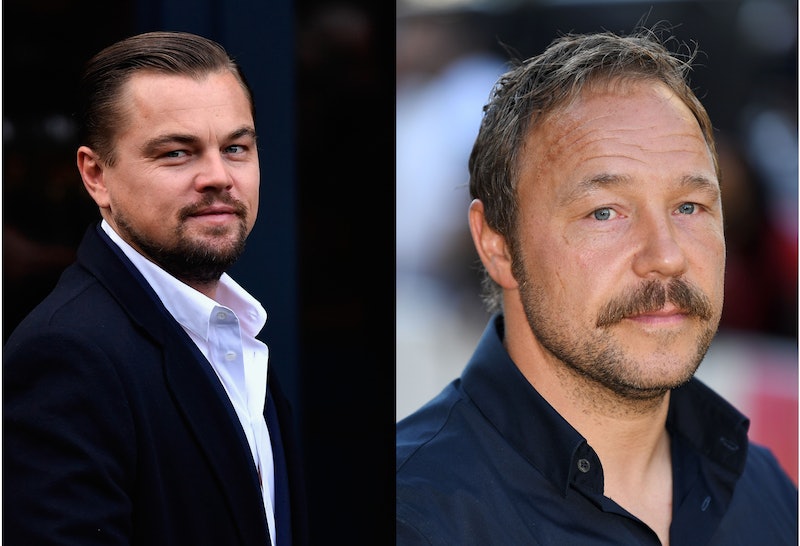 Stephen Graham's performance in the gripping fifth series of Line of Duty has gained praise from viewers and critics alike. However, the crime-drama is just one of Graham's many successful projects, and the Liverpudlian has previously appeared in major TV productions such as This is England and Boardwalk Empire. The 45 year-old is also no stranger to the big screen, and has starred in films such as Gangs of New York, in which he appeared alongside Leonardo DiCaprio. The actor recently opened up about his relationship with the Hollywood superstar, and it sounds like Stephen Graham and Leonardo DiCaprio are still good friends.

Graham said that he considers the Titanic star to be a "good pal," and revealed that DiCaprio likes to "take the piss" out of his strong Scouse accent. Speaking to the Radio Times, he said, "to this day he still takes the piss (out of) the way I say squirrel, chicken and Lockets. He was like, 'What the f*** is a locket man? What do you mean? Like a locket you wear around your neck?' I was like, 'No, Lockets, they’ve got honey in the middle they’re like a little sweet, a cough sweet.' So I got Hannah (Graham’s wife) to send us some Lockets over and I gave him a packet and he was buzzing."

During a recent appearance on ITV's The Jonathan Ross Show, Graham went into further detail about his friendship with the Academy Award-winner. The Line of Duty star also revealed an unfortunate on-set incident involving a golf cart. He said, "Two days before we're due to start work he’s driving around in this golf cart and I’ve asked him if I can have a go. I’m driving this golf cart straight down the hill and we’ve come to a corner, and I’ve looked at DiCaprio and, as I’ve turned the corner, I’ve hit a brick and the golf cart started to tip.."

Graham then went on to reveal, "It’s gone in slow motion and, as it’s gone, his leg’s underneath. It looked like it was going to land on his foot. And then he just pulled it in and it hit the floor. We got up and he said, 'You could have broken my leg.' I was going 'I’m so sorry'. I love you, man.' He gave me the nickname 'Animal' from that moment on."

Whilst appearing on the ITV chat show, Graham also discussed his next television venture, The Virtues. The upcoming Channel 4 drama will premiere on Wednesday, May 15, and according to iNews, the series is described as "a visceral and hauntingly unforgettable paean to the human spirit, shot through with bittersweet tenderness, compassion and unexpected moments of laugh-out-loud humour throughout."

The Virtues will touch upon subjects including apocalyptic revenge, repressed memories, and will also ask what it really means to be family. In the upcoming series, Graham will portray the character of Joseph, a recovering alcoholic, who's life is turned upside down when his ex-partner moves to Australia with their young son. If Graham's performance is anywhere close to his Line of Duty role, viewers are in for a real treat.