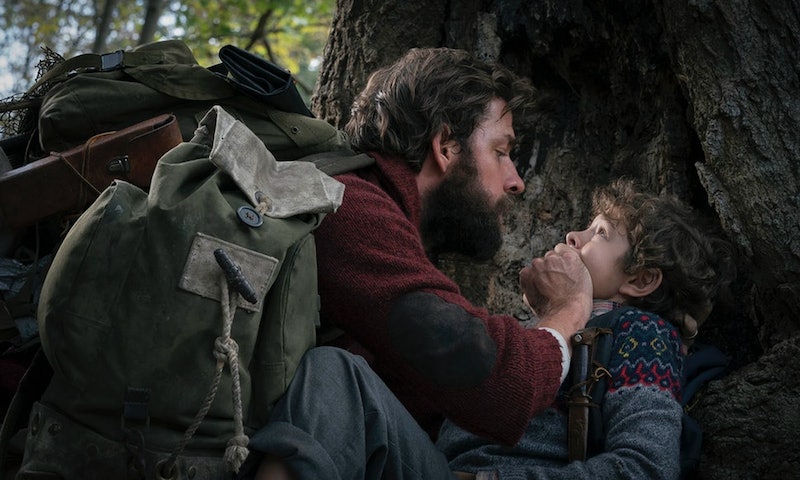 Between Hereditary, Annihilation, The Ritual, Winchester, and so many more, 2018 has been an incredible year for horror film lovers, and now, they have even more chills and thrills to look forward to in the future. According to a report from Deadline, Stephen King's The Boogeyman is being adapted for the big screen, and it's being written by the screenwriting duo behind the story that inspired A Quiet Place.

On Tuesday, Deadline broke the news that 20th Century Fox and 21 Laps are finalizing a deal to turn King's famous short story into a feature length horror film. At the helm are Scott Beck and Bryan Woods, the writers who worked with John Krasinski on the recent box office smash hit, A Quiet Place. A critical and commercial success by every measure, A Quiet Place grossed over $325 million worldwide, so it comes as no surprise that the writers behind it, who shared scripting credit with the film's star and director, would be trusted with this new major project.

"Ever since we were children, our nightmares have been fueled by the 'King' of Horror," Beck and Woods wrote on their shared Twitter account. "So we are absolutely thrilled and honored to be adapting @StephenKing's THE BOOGEYMAN for @20thcenturyfox and 21 Laps!"

First published in 1973, and later as part of King's 1978 beloved horror collection Night Shift, "The Boogeyman" is a short story about a father who believes his children's recent deaths were caused by a mysterious creature hiding in their closets. An eerie tale that takes place in a psychiatrist's office and features flashbacks to the separate deaths, it's a chilling narrative that plays with every parent's worst fear: the inability to protect their children from forces both seen and unseen. Though it may not be his most famous horror story, "The Boogeyman" is certainly one of King's best, and remains a favorite among fans nearly 50 years after it's original publication.

This is not the first time filmmakers have tackled "The Boogeyman." According to Deadline, it is a "favorite of short filmmakers" and has already been adapted on seven different occasions. None of the previous adaptations were commercial productions, however, which means the Fox and 21 Laps deal the very first feature adaptation of the work.

Beck and Woods are the perfect pair to tackle this most recent adaptation of the classic short story, and not just because A Quiet Place was scary enough to frighten even the most diehard King fans. As it turns out, the Master of Horror is a fan of the screenwriting duo, writing on Twitter in April that A Quiet Place "is an extraordinary piece of work." Beck and Woods responded to the flattering tweet, citing King as an inspiration for their work, and adding that if they were in the setting of their film, "we would be dead right now from loudly reacting to your gracious praise."

If their online rapport is any indication, the writing duo and the legendary author are going to make a great team.

There is still no official word on when production of The Boogeyman is slated to begin, or what the target release date for the film will be, but fans of Beck and Woods's particular brand of horror can catch the team's most recent project, Haunt, which is in pre-production now, up next. In the meantime, book-lovers can brush up on King's original short story "The Boogeyman" in his bestselling collection Night Shift, which also features classics like "Cat's Eye," "The Lawnmower Man," and "Children of the Corn."

More like this
Read The First Pages Of Emma Rosenblum’s Highly Anticipated Debut, 'Bad Summer People'
By Samantha Leach
What Joyce Carol Oates Knows About Fame
By Erin Somers
10 Must-Read New Books Out This Week
By K.W. Colyard
Viserys’ Fate On 'House Of The Dragon' Could Differ From The Book In This Surprising Way
By Grace Wehniainen
Get Even More From Bustle — Sign Up For The Newsletter