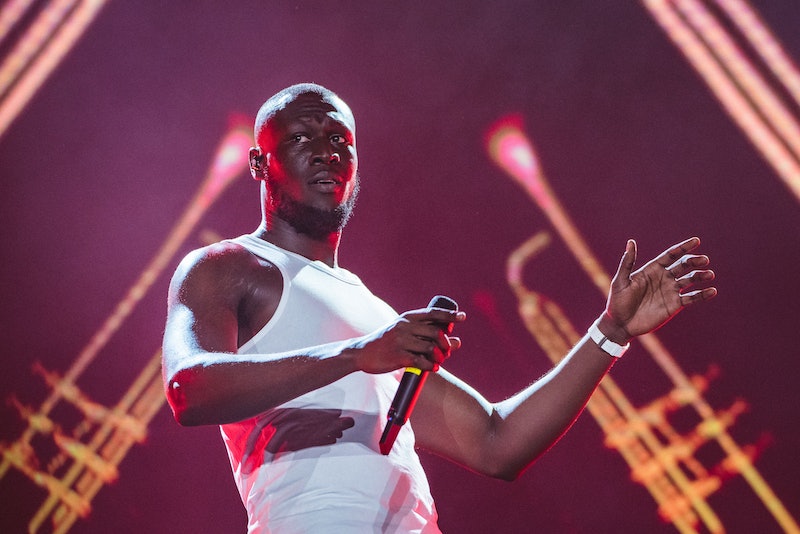 In a week that saw him wow crowds at the BRIT Awards after winning his second Best Solo Male Artist gong, it looked like life couldn’t get any better for Stormzy. But the grime superstar somehow managed to trump that prize on Thursday, joking his career had “peaked” when he was given the first ever Greggs Black card. Nope, we’re not jealous at all...

Documenting his unboxing on social media, Stormzy shared a video as he opened up the seriously extra delivery. With a video playing from the box, it listed out the 26-year-old rapper’s accolades, from getting the first number one song of 2020, six MOBO awards and even his six A*s at school. (Let’s be real, we're all still bragging about our GCSE results.)

But after all this, Stormzy was shown what he really was missing, with the video adding: “Now you really have it all” as it presented him with the first ever Greggs Concierge card. Reminiscent of the Nando’s Black Card (a must have and major flex for any pop star of the 2010s), it promises Stormzy that he can order “whatever” he wants from Greggs “whenever” and “wherever,” which is one seriously bold claim. Unlimited vegan sausage rolls? Yes please.

However, if you’re hoping to get your hands on one of these nifty little cards, think again. A spokesperson for the bakery chain told The Mirror: “Our Concierge card is strictly by invite only to some of our biggest fans. That’s all we can say.” Steak Bakes are on Stormzy, then?