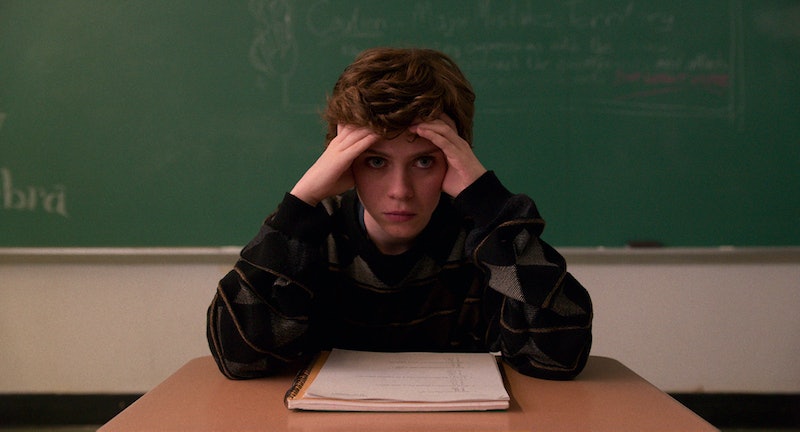 Spoilers ahead for I Am Not Okay With This Season 1. For Sydney in Netflix's I Am Not Okay With This, teenage angst is a full-on weapon. She discovers at the start of the series that she's somehow developed telekinetic powers, which most often manifest when she feels angry, sad, or embarrassed. Sometimes they're relatively harmless — prompting her to make a few objects float or, more severely, bring down several trees. But other times they can be quite dangerous, resulting in a bloody Season 1 finale.

In the graphic novel the series is based on, Syd's powers play an even darker role, taking a back seat to her losing battle with depression. In both the comic and the show, it's not explained how her powers actually came about; we just know that Syd likely inherited them from her father. In the Netflix adaptation, Syd's mom says he had PTSD, but she doesn't seem to be aware that the PTSD was likely a result of him using his powers during the war. (Syd's dad surviving the "bomb" suggests he accidentally used his powers on both friends and foe.) Her mom definitely doesn't know Syd has the same powers and is struggling with the same mental health issues, too.

In the comics, this connection between Syd and her dad is clearer but more insidious: her father knew about her powers, and it's implied that he asked Syd to use them to kill him, and that she actually did it.

In the show, Syd attempts to deal with her burgeoning abilities with some degree of aplomb, helped along by Stanley's encouragement. She often doesn't succeed in controlling her anger or sadness, but the show suggest she can eventually learn to master it all.

In the comics, though, Syd keeps her powers all to herself, and weight of it all repeatedly diminishes her. She becomes terrified to have sex or to even form connections, and her depression and anxiety manifests as a vindictive shadow monster that works to keep her isolated. In the final moments of the novel, Syd realizes she can't deal with it anymore, and she climbs up a watch tower and uses her powers to explode her own head.

It's a devastating and tragic ending that the Netflix series thankfully avoids, but what does that mean for the show, now that a potential Season 2 has no source material left to adapt? The ending scene suggests that any future seasons will focus on Syd honing her powers — though whether for good or evil remains to be seen. We can hazard a guess that whoever that figure is at the end knew her father, so it'll be up to Syd to make sure she avoids his same fate.