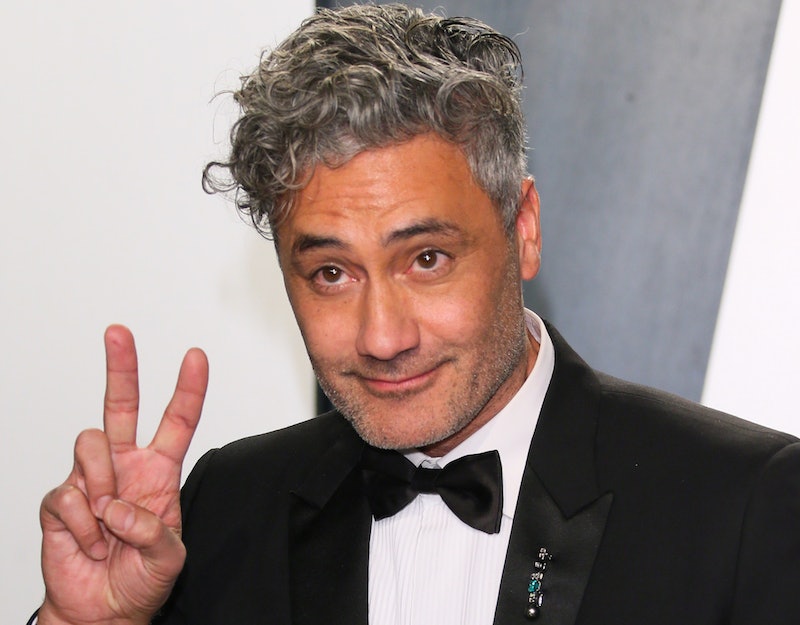 Fresh off the success of his Hitler satire Jojo Rabbit, Taika Waititi has a new show, The Auteur, in development at Showtime. Per Deadline, the Oscar winner is set to pen, executive produce, and direct the pilot episode of the half-hour series set to star Jude Law in the titular role. Based on the graphic novel by Rick Spears, The Auteur is a horror-comedy satire that will follow a film producer who unwittingly traps his production team on a backlot with a serial killer amid a desperate attempt to revive his career.

Law, Spears, Peter Warren, Eric Gitter, James Callahan, and Dan Halsted will join Waititi as executive producers. Amy Israel, Showtime’s EVP of scripted programming, said of the series in a statement, per Deadline, “The Auteur unites the wildly imaginative filmmaker Taika Waititi and the barbed wit of Peter Warren with the undeniable Jude Law in a bloody love letter to the movies that will make you simultaneously die laughing and want to run for your life.”

Spears’ original 2014 graphic novel follows a producer named Nathan T. Rex who experiences a downward spiral into “drugs and depravity” after he creates one of the biggest flops in Hollywood history, per its synopsis. With the help of his production team and a “serial-killer-turned-murder-expert,” Nathan T. Rex must salvage his career with a new film called Presidents Day.

News of The Auteur comes after Waititi took home a historic Oscar win at the awards ceremony on Feb. 9. The director became the first indigenous person to win the Best Adapted Screenplay statuette for his film, Jojo Rabbit. Inspired by the novel Caging Skies by Christine Leunens, the Nazi satire film follows the adventures of a young German boy — and his imaginary friend, Adolf Hitler — who discovers that his mother is hiding a Jewish girl in their attic. Jojo Rabbit also nabbed five other nominations at the ceremony, such as Best Picture and Best Film Editing.

A New Zealand native and person of Māori descent, Waititi dedicated his Oscar win to indigenous children in his acceptance speech. "I dedicate this to all the Indigenous kids in the world who want to do art and dance and write stories,” he said at the ceremony. “We are the original storytellers and we can make it here, as well.”