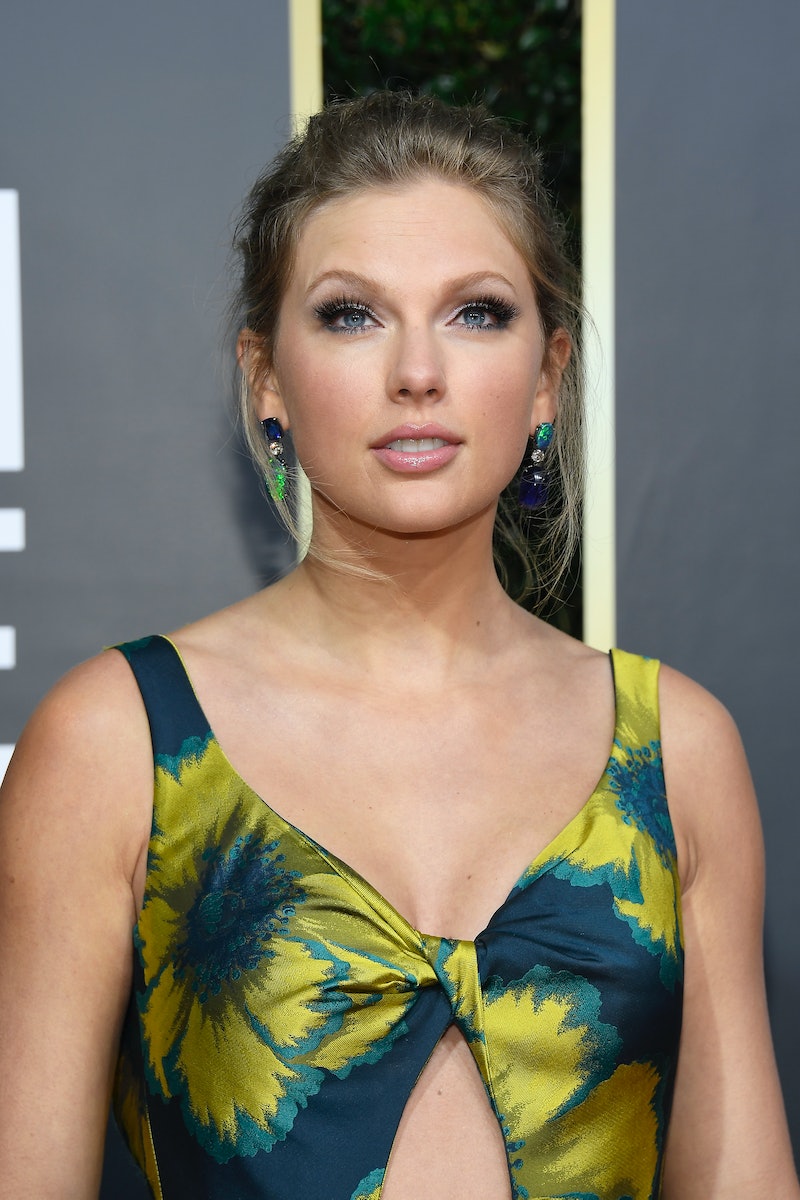 There's no more bad blood between Taylor Swift and one of her critics. Shortly after her documentary, Miss Americana, arrived on Netflix on Jan. 31, comedian Nikki Glaser apologized for body shaming Taylor Swift after an old clip of her talking about the singer was used in the film. The clip — which Glaser explained on Instagram is from "an interview I did 5 years ago" — is part of a montage of media criticism of Swift, and is used to illustrate why the singer disappeared from the spotlight in 2016.

"It's insanely ironic because anyone who knows me knows I'm obnoxiously obsessed with her and her music," Glaser wrote on Instagram, alongside a photo of herself wearing some Red-era merch. The comedian then explained that she was "horrified" when she first heard the clip used in the Miss Americana trailer, before explaining the context behind her quotes about Swift, including her declaration that the singer was "too skinny," writing that "this quote should be used as an example of 'projection' in PSYCH101 textbooks."

"I talk openly about battling some kind of eating disorder for the past 17 years," Glaser continued, adding that "I was probably 'feeling fat' that day and was jealous." She also noted that she's experienced similar body shaming comments in her own life, and wanted to apologize to Swift because she knows how bad it can feel. "I just hope this somehow gets to her so she knows I’m sorry for any pain I caused her and ... how much her music has influenced my life and comedy," Glaser added.

Glaser — a self-proclaimed "die-hard Swift fan" — got her wish when the singer herself commented on the post in order to thank her for the apology. "I appreciate this so much," Swift wrote in her comment. "One of the major themes about the doc is that we have the ability to change our opinions over time, to grow, to learn about ourselves." The singer also wrote that she was "so sorry to hear that [Glaser] struggled with some of the same things I’ve struggled with."

Swift opened up about her eating issues in Miss Americana, explaining that seeing paparazzi pictures and negative comments negatively impacted her body image. "It’s only happened a few times, and I’m not in any way proud of it," Swift says in the documentary, explaining that if she saw "a picture of me where I feel like I looked like my tummy was too big ... that’ll just trigger me to just starve a little bit — just stop eating."

Later in the film, Swift explained that the 1989 tour was particularly difficult, as she often felt like she would "pass out" after each show. “I thought that I was supposed to feel like I was going to pass out at the end of a show, or in the middle of it," she said, adding that if anyone on her team suggested that something might be wrong, she had an excuse. "'What are you talking about? Of course I eat,'" Swift would respond. "'I just exercise a lot.' And I did exercise a lot. But I wasn’t eating."

It took Swift some time and a lot of work, but she now has a healthier relationship with food. "I worked hard to retrain my brain that a little extra weight means curves, shinier hair, and more energy," Swift wrote in an essay for Elle magazine back in March. "There is no quick fix. I work on accepting my body every day."

By being open about their respective experiences with disordered eating, both Glaser and Swift aren't just helping women who might be going through something similar, they're also helping each other.