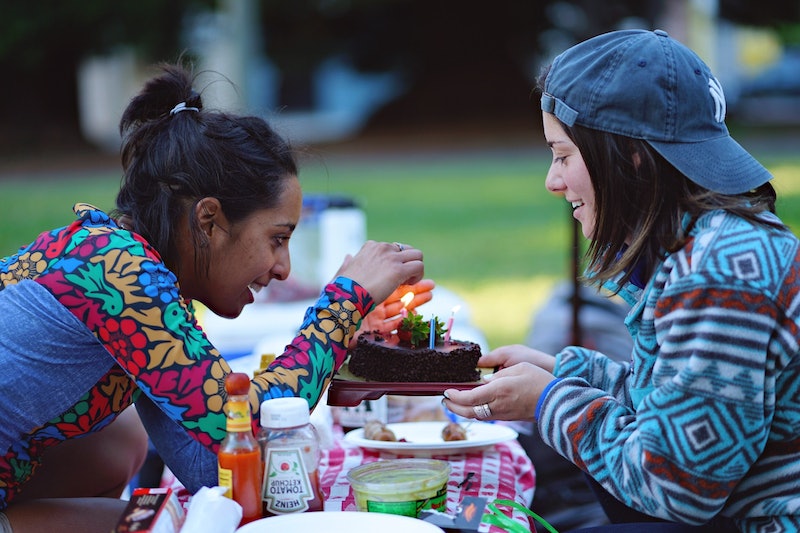 When you read the word "fandom," what do you envision? In popular culture, it conjures up the image of a young woman sobbing at the sight of a lithe, long-haired superstar. While I, a former young woman, can confirm that this situation isn't unheard-of, it's a simplification — one that speaks to the way teen girls are shamed for fandoms. Even before the word existed, any entertainment with a heavily female audience has struggled to be taken as seriously as more "masculine" media, and the derision toward fangirls is even stronger. But fandoms are more than silly ways to pass the time online. They can massively influence mental health.

For those still at the "what on Earth is a fandom" stage of their lives, it’s an easy concept. Fandoms are communities built around a common interest – musicians, television shows, books, and so on. Pretty much everyone has participated in one at some point, but the word is usually reserved for stuff women, particularly teenagers, are interested in. Thanks to a little thing called the patriarchy, feminine interests are so devalued that fandoms are often seen as punchlines to jokes about hysterical women rather than legitimate forces. (See also: The deep divide between fans of BBC's Sherlock and its producers.)

As Teen Vogue recently pointed out, though, fandoms wield a strong psychological influence. Friday night Netflix binges aside, humans are social creatures. Decades of research have linked social relationships with health outcomes -- isolation is a strong risk factor for mortality, while social support might increase your lifespan. People who feel more connected have lower rates of anxiety and depression, and there's evidence that adolescents with more social support have higher self-esteem.

Social relationships are clearly an integral part of mental health. Fortunately, fandoms can provide them in spades; fans of a specific entity already know they have an interest in common. Whether or not they develop a deeper friendship, they'll always have something to talk about -- and more importantly, someone to talk to. Say what you will about social media, but it's never been easier to find other fans to debate the merits of your chosen ship. This builds a sense of community — like belonging to a secret society — which comes with all the mental health benefits described above.

Then there's the developmental aspect. Many fans are teenage girls just beginning to figure themselves out. Therapist Linda Behar told Teen Vogue that fandoms can provide a chance for teenagers to "connect more and more with their peers than their parents." This process, known as "identity versus role confusion," brings teens closer to understanding themselves and forming an individual identity. For some, this means wearing lots of eyeliner and listening to '80s punk bands; for others, it's developing in-jokes about their favorite shows.

Obviously, there's a fine line between enjoyment and obsession, and when the creators get involved, it's possible for things to tip over into harassment. Last year, for example, a Steven Universe storyboard artist deleted her Twitter account after widespread bullying from fans of the show. However, most people are fans, not fanatics. Fandoms can provide teenage girls (and adults) with thousands of built-in friends. That's the kind of power that can't be ignored.