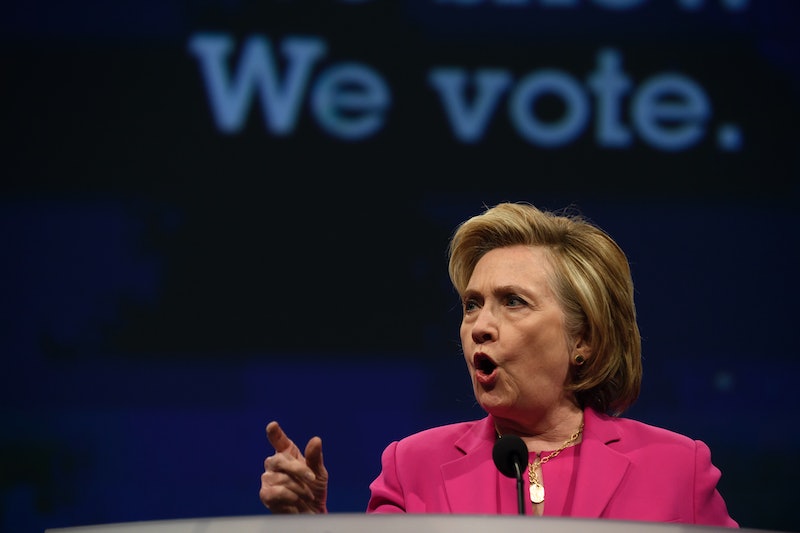 The Texas State Board of Education wants to "streamline" the social studies curriculum across the state, and as part of that effort, board members updated the list of historical figures students would learn about in the classroom. As a result of this vote, Texas students may stop learning about Hillary Clinton and Helen Keller, The Dallas Morning News reported.

On Friday, the State Board of Education in Texas voted to eliminate Clinton and Keller from the Texas-wide curriculum at the recommendation of Texas Essential Knowledge and Skills work groups, per The Hill. Barbara Cargill, a Republican board member who once served as the board's chairman, told The Dallas Morning News that the board merely agreed with the groups' recommendations.

"In speaking to teachers and testifiers, they did not mention these specific deletions," Cargill said.

According to The Dallas Morning News, this vote was preliminary, which means the board will take a final vote in November and can amend any changes to the curriculum in the meantime.

While Clinton and Keller seem to have been eliminated from the curriculum for now, The Houston Chronicle reported that earlier this week, the board went against another work group's recommendation regarding the Alamo. A curriculum advisory group encouraged the board to remove the words “all the heroic defenders” from the curriculum's description of those who fought at the Alamo, but following public backlash, the board is unlikely to comply.

Clinton has been part of the Texas high school social studies curriculum ever since she made history in 2016 by becoming the first female presidential nominee of a major political party. Third-grade students in Texas, meanwhile, have been required to learn about Keller, who became the first person to earn a Bachelor of Arts degree while being both deaf and blind.

Keller and Clinton were not the only people to be preliminarily eliminated from the Texas social studies curriculum, either. Barry Goldwater — a five-term senator from Arizona who was the Republican Party's presidential nominee in 1964 — was also axed from the curriculum, according to the Austin American-Statesman. A work group also advised the removal of Baptist pastor Billy Graham — an evangelist who called for racial integration at revivals — but the board chose to retain Graham on the curriculum.

The Texas State Board of Education is not planning to update textbooks and other educational materials for now, which means that teachers can still opt to teach about Clinton, Keller, Goldwater, and other historical figures, but they won't be obligated to do so. According to The Hill, the work group that recommended the elimination of these people from the curriculum argued that students were required to learn about too many historical figures.

The work group — which consisted of a team of volunteers — tasked with amending the required list of historical figures reportedly created a rubric to assess which figures were "essential" for students to learn about and which were not. The Hill reported that Clinton scored a five out of 20, while Keller scored a seven. Neither score was high enough for the two women to maintain their places on the curriculum, per the work group.