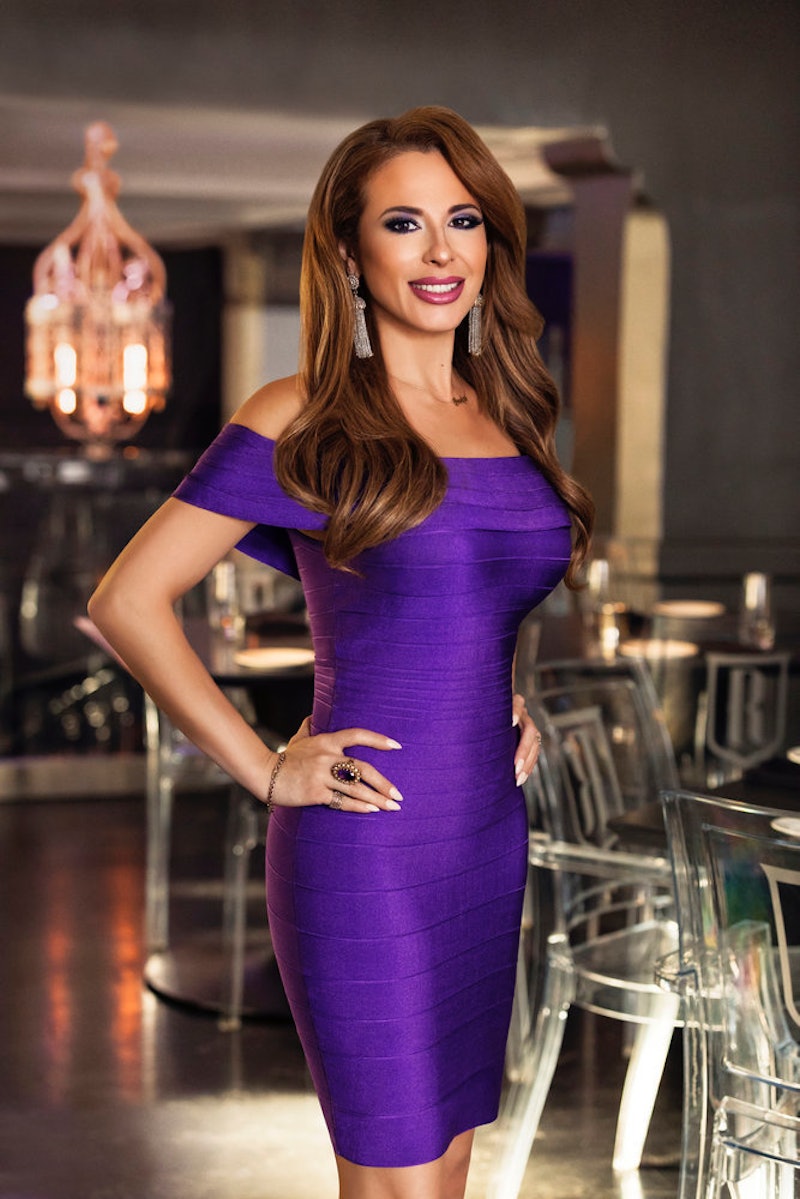 There's a new Bravo show on the way and it's not like anything we've seen before for one major reason. The show, which follows a group of women living in San Antonio, Texas, is narrated by Texicanas star Penny Ayarzagoitia, which sounds kind of fun. Most Bravo shows do not have a central character, but as a self-professed super fan herself, Penny is well-aware of this and it's something she discussed during an exclusive interview with Bustle.

She says, "I think it's a unique way of telling a story. It isn't really done on Bravo aside from Southern Charm." She justifies her role as the series narrator by saying, "I'm the glue of the group. It makes sense." Penny uses another Bravo comparison to describe the show. She compared Texicanas to Mexican Dynasties and the Real Housewives franchise. She says, "It's kind of a mix of both. We do show our family and our customs of doing things. And there's some drama within the friend group as well."

Even though she is not a Real Housewife, she is emphatic about her love for the shows. She can even describe her personality with an original Real Housewives tagline. She confesses, "You have no idea how many times I've thought about this." And then she delivers, "My name might be Penny, but I'm priceless." How on point. Clever, confident, and intriguing.

Penny was truly meant to be a Bravolebrity. She says, "I honestly think it's a great opportunity and I am so very lucky to be part of it. I don't see any negatives, of course." Not one negative? Wow, has she not seen Real Housewives Of Orange County? Not only that, but her husband Raul and her two sons supported her decision to be on the show. Penny reveals, "My husband was like 'You've got to do this.' And then there's the potential to expand career as a real estate broker." She wouldn't be the first Bravolebrity to find increased success in the real estate field. Mauricio Umansky from Real Housewives of Beverly Hills comes to mind.

When it comes down to it, Texicanas is about women balancing Mexican traditions in the United States. Penny, a real estate broke, admits, "There's certain things that are not easily accepted in our culture. I feel like me and some of the other women break out of that every once in a while and it's compelling to watch." She tells Bustle, "It's hard to balance a career, kids, and marriage. You have to work at it. You don't have to be perfect."

During the series premiere, Penny even shows off the dancing pole in her living room and claims that people may judge her because she's "sexy and doesn't dress like a nun." However, she's not worried about getting a "bad edit" when the show airs. Penny confidently declares, "I feel like all of us were able to get our personalities across and share who we really are on the show."

As self-assured as she seems, Penny does is a little nervous. But she has a good attitude about it. "Excitement just takes over the nervousness for sure," she says.

If anyone is ready to be a Bravolebrity, it's Penny Ayarzagoitia. She's open. She's confident. She's successful. She has a distinct point of view. And, best of all, she appreciates Bravo. Catch Penny and the other ladies when Texicanas premieres May 7 on Bravo at 10 PM.