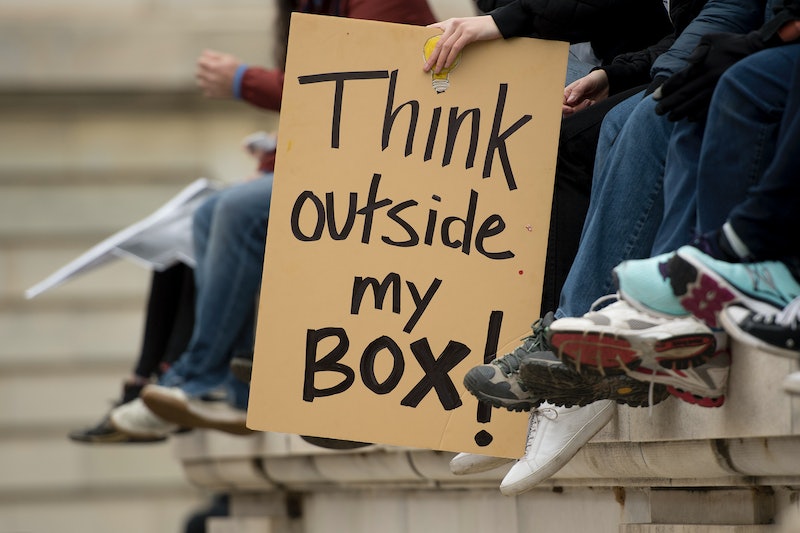 On the Saturday following Donald Trump's inauguration, roughly half a million people from across the United States travelled to the capital to protest his presidency and express support for women's rights. And the best signs at the Women's March on Washington did not disappoint. Some demonstrators went with jokey messages, others opted for the inspirational route, and others carried posters with their favorite quotes.

While Hillary Clinton did not attend the march, she kept up with the action from afar, tweeting multiple times throughout the day. "Thanks for standing, speaking & marching for our values @womensmarch," she wrote. "Important as ever. I truly believe we're always Stronger Together." She later praised a painting titled "Hope Not Fear" for the demonstration and gave a personal shoutout to Nora Harren, a teen marching for her rights.

If Clinton took some time to look at photos of the many signs carried throughout the day, she must have undoubtedly ended the day renewed with inspiration. For example...

Trump's stances on reproductive health, sexual assault, immigration, and basically everything he's spoken about could all provide fodder for an awesome sign.

2. When A Kid Is More Mature Than A Grown Man

This little girl is almost certainly more qualified to be president.

Proving that there is hope for the future.

4. Bringing Out Literally Everyone

Even those too shy to chant couldn't miss out on this march.

Proving we have been fighting the same battles for too long.

Reckon Trump would get the joke?

Why is Trump so dedicated to making it difficult for women to access birth control? He's stated his reasons for opposing abortion, but one would at least expect him to support measures that would decrease unwanted pregnancies.

Women in affiliated marches across the country carried signs quoting Hillary Clinton's message to little girls from her concession speech.

9. These Kids Have Good Parents

This attitude should definitely replace "boys will be boys."

Yet another reason to donate to the American Civil Liberties Union.

Like Clinton said in her concession speech, "Now, I know we have still not shattered that highest and hardest glass ceiling, but someday someone will — and hopefully sooner than we might think right now."

This was what we all needed following the inauguration, right?