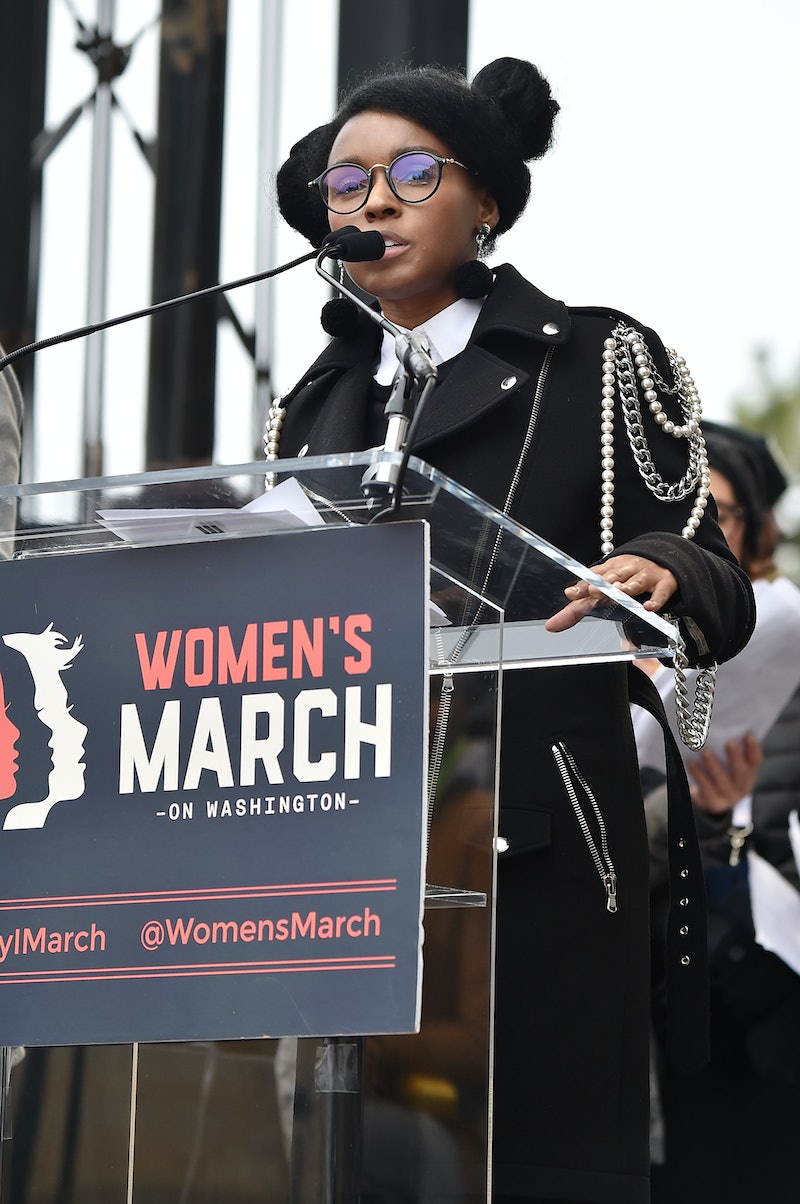 Just one day following the poorly-attended inauguration of President Donald Trump ― the photos comparing it to former president Barack Obama's first inaugural in 2009 told that tale ― hundreds of thousands of demonstrators flooded the streets of Washington, D.C., as well as in cities and towns across the country and around the world. It's been a massive turnout, an overwhelming success of organizing. So, in that spirit, why don't we pay attention to some powerful quotes from the Women's March on Washington?

Although the marches have been staggering shows of solidarity, driven by both the individual and collective wills of everyday Americans ― not a protest propped up by celebrity support, in other words ― there have been a number of prominent speakers who've made powerful, blunt, and direct statements about what the protest means to them, what should happen next, and what they believe lies ahead.

Here are 11 of the most moving, striking, and powerful statements that were made, because this is a day of protest of a size and scale that hasn't been seen in a long time.

I was nervous about taking this next stride towards womanhood, and it was my clinician at Planned Parenthood who suggested I speak with my pediatrician if I was seeking a referral. She was compassionate, and professional, and told me she was happy to treat me for regular checkups, and when the time came, for STD and cancer screenings. No judgment, no questions asked, Planned Parenthood provided a safe place where I could be treated with gentle guidance. Now, I may have been 15 and surprisingly self-sufficient, but I'm sure there isn't one person here who hasn't been helped by Planned Parenthood, directly or otherwise.

3. Janet Mock: "Our Approach To Freedom"

Our approach to freedom need not be identical, but it must be intersectional and inclusive. It must extend beyond ourselves. I know with surpassing certainty that my liberation is directly linked to the liberation of the undocumented trans Latina seeking refuge, the disabled student seeking unequivocal access, the sex worker fighting to make her living safely. Collective liberation and solidarity is difficult work. It is work that will find us struggling together, and struggling with one another. Just because we are oppressed does not mean that we ourselves do not fall victim to enacting the same unconscious policing, shaming, and erasing. We must return to one another with greater accountability, and commitment to the work.

4. Gloria Steinem: "This Is The Upside Of The Downside"

This is the upside of the downside. This is an outpouring of energy, and true democracy like I have never seen in my very long life. It is wide in age, it is deep in diversity, and remember, the Constitution does not begin with "I the president," it begins with "we the people."

5. Janelle Monae: "You Are Enough"

I want to say, to the LGBTQ community, my fellow brothers and sisters. To immigrants, my fellow brothers and sisters. To women. Continue to embrace the things that make you unique, even if it makes others uncomfortable. You are enough. And whenever you feel in doubt, whenever you want to give up, you must always remember to choose freedom over fear.

So this is what we gotta do: don't get frustrated, get involved. Don't complain, organize. You know, so many people binge-watch television for hours and hours, they're in their telephones. They're on the computer or Facebook for hours. They'll stand up for their sports team, they know every rule of the NBA and the NFL, but they don't know how local government works. We have to start spending time and being responsible for all of humanity, and standing up for equal rights. Thank you, and the greeting of peace of all Muslims, as-salaam-alaikum.

Good did not win this election. But good will win in the end. ... And to those who insist that this march will never add up to anything: f**k you. F**k you.

It's been a heartrending time to be both a woman and an immigrant in this country. Our dignity, our character, our rights have all been under attack, and a platform of hate and division assumed power yesterday. But the president is not America. His cabinet is not America. Congress is not America. We are America. And we are here to stay.

11. America Ferrera: "If We Commit To What Aligns Us"

If we — the millions of Americans who believe in common decency, in the greater good, in justice for all — if we fall into the trap by separating ourselves by our causes and our labels, then we will weaken our fight and we will lose. But if we commit to what aligns us, if we stand together steadfast and determined, then we stand a chance of saving the soul of our country.

It was an event that brought together countless different perspectives and angles within feminism and women's issues: reproductive rights, political organizing, LGBTQ rights, intersectionality, and a simple, blunt brand of in-your-face resistance. And as the photos show clearly, the turnout has been absolutely massive.

More like this
Mel B Speaks Out Against Domestic Violence In A Powerful Speech
By Sophie McEvoy
Chris Kaba's Family Continue Fight For Justice After Viewing Police Bodycam Footage
By Sophie McEvoy
Romance Authors Are Mobilizing For Reproductive Rights
By Natalia Perez-Gonzalez
Bustle Daily Newsletter: October 4, 2022
By Hayley Schueneman
Get Even More From Bustle — Sign Up For The Newsletter