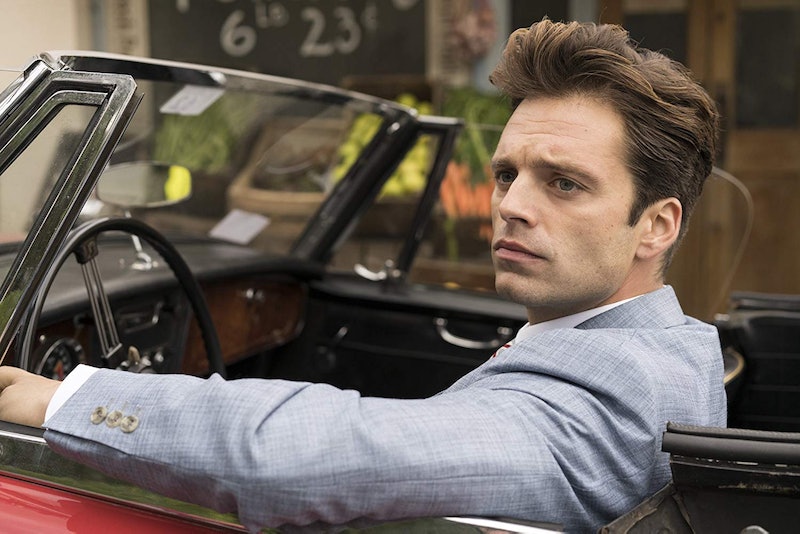 The film adaptation of Shirley Jackson's novel We Have Always Lived in the Castle, out now, is a thriller with a fairytale glaze. It doesn't involve ghosts, ghouls, or any monstrous creatures lurking in the dark. Instead, family secrets, the reappearance of a mysterious relative, and hateful villagers haunt the story. And though there's nothing light about the subject matter, everything is deceitfully bright and colorful — until it isn't.

Taissa Farmiga plays 18-year-old Merricat who lives in the Blackwood manor with her elder sister Constance (Alexandra Daddario), and her Uncle Julian (Crispin Glover). The three were the only survivors of a mysterious tragedy that hit the rest of their family five years ago. And though shunned — and even despised — by their community, the three lived in peace with their weekly routine in place. Then, suddenly, a cousin named Charles (Sebastian Stan) comes to town and changes everything. Soon, things begin to unravel in the Blackwood household, and things get even weirder.

While there may not be any supernatural scares in the movie, it's full of eerie moments that will make your heart race and your skin crawl in anticipation. Here are 15 of the eeriest parts of We Have Always Lived in the Castle, which had us on the edge of our seats. Spoilers ahead!

More like this
These 25 International Horror Movies On Netflix Prove Fear Is A Universal Language
By Bustle Editors
26 Ghost Story Podcasts To Get You Ready For Halloween
By Jessica Booth, Mia Mercado, JR Thorpe and Emma Carey
Harry Lawtey Is Weighing Up The Price Of Success
By Olivia-Anne Cleary
Everything To Know About The Long-Awaited ‘Community’ Movie
By Stephanie Topacio Long
Get Even More From Bustle — Sign Up For The Newsletter