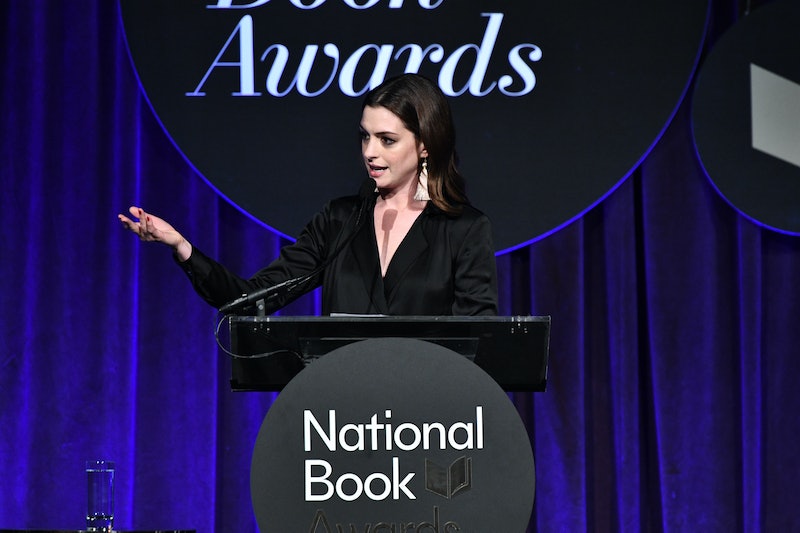 On Wednesday evening, the authors of 20 nominated books — five each from the Fiction, Nonfiction, Poetry, and Young People's Literature categories — waited to learn whether they would take home the $10,000 monetary award and bronze statuette given to each winner. This year's winners were:

Each of the hosts, judges, and authors had something profound to say about the power of books. Many spoke to literature's particular role in the U.S. at at time when uncertainty and distrust cloud our social, economic, and political interactions. There was talk of how books can make us more empathetic, how they can educate and inspire our children, and how they can help us resist the dangerous and cruel narratives that have begun to take over public discourse.

Check out the 16 best quotes about the power of books from the 2017 National Book Awards Ceremony that I've picked out below, and be sure to share your favorites with me on Twitter!