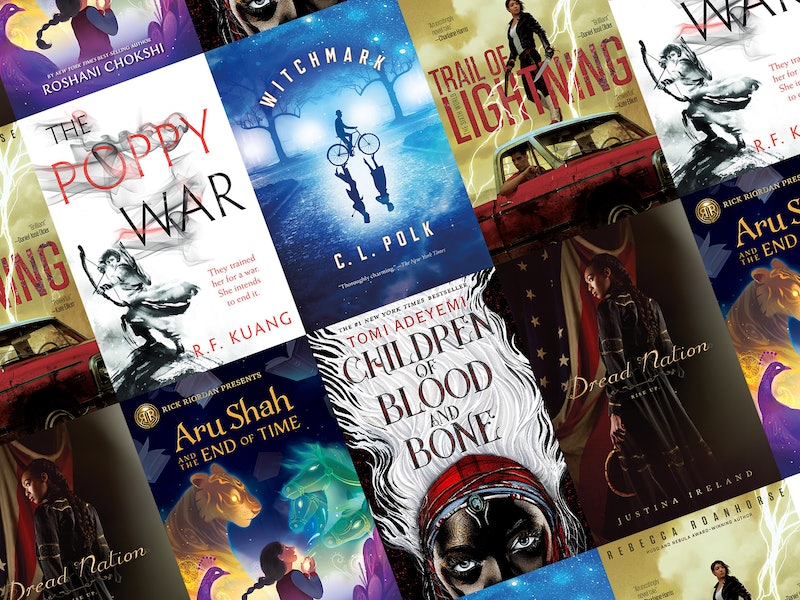 On Wednesday, the Science Fiction & Fantasy Writers of America (SFWA) announced the 2018 Nebula Award finalists, and this year's pool of shortlisted authors is incredibly diverse — Half of the books up for the 2018 Best Novel and Andre Norton awards were written by women and nonbinary authors of color.

The annual Nebula Awards honor the best science fiction and fantasy writing, and the awards are chosen and voted on by SFF authors themselves. The Nebula Awards honor the Best Novel, Novella, Novellette, and Short Story from the previous year, and they also include two specially named prizes: The Ray Bradbury Award for Outstanding Dramatic Presentation and The Andre Norton Award for Outstanding Young Adult Science Fiction or Fantasy Book. Included for the first time this year is the Nebula Award for Game Writing.

Two of this year's shortlisted authors are honored in separate categories. P. Djèlí Clark's The Black God's Drums and Kate Heartfield's Alice Payne Arrives are both nominated for the Nebula Award for Best Novella. Clark's "The Secret Lives of the Nine Negro Teeth of George Washington" is also nominated in the Short Story category, and Heartfield has been nominated for her work on the video game, The Road to Canterbury.

In total, there are 50 writers nominated for Nebula Awards this year. This article focuses on the Nebula Award for Best Novel and The Andre Norton Award, but can take a peek at all of the nominees here.

Offered since 2005, The Andre Norton Award has gone to a number of fan-favorite authors and novels, including Sister Mine by Nalo Hopkinson in 2013, Valiant by Holly Black in 2005, and Harry Potter and the Deathly Hallows by J.K. Rowling in 2007. This year's Andre Norton Award nominees are:

The winners of the 2018 Nebula Awards will be announced at the 2019 Nebula Conference in Los Angeles on May 18.