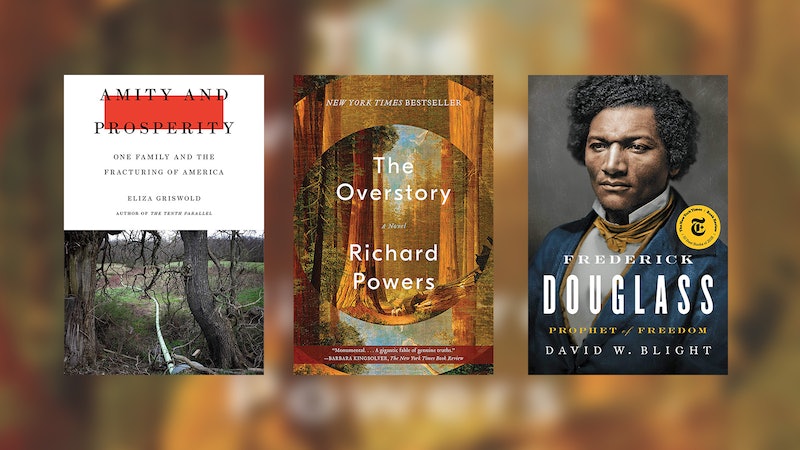 On Monday afternoon, Pulitzer Administrator Dana Canedy announced the Pulitzer Prize winners for 2019 at Columbia University's Graduate School of Journalism in New York City. The winners receive $15,000 along with the prestigious honor and the lifelong nomer "Pulitzer Prize winner." The list below includes the 5 books (and one play) that received Pulitzer Prizes in Letters, Drama & Music this year; the full list, including the journalism and music winners, can be found at the official website.

The Pulitzer Prize is separated into two different competitions: Journalism and Letters, Drama & Music. Letters, Drama & Music includes prizes for Fiction, Drama, History, Biography or Autobiography, Poetry, General Nonfiction, and Music, and is generally the competition of the most interest to readers who want to know about the best books of the last year. Usually — thought not always — one winner and two finalists in each category are chosen. No shortlist or nominees are announced in advance.

The Pulitzer Prize for Fiction — contrary for Donald Trump Jr.'s confusion over its existence — is one of the most highly coveted awards in literature, and it has been given to household names like Toni Morrison, Jeffrey Eugenides, Jennifer Egan, and Colson Whitehead in the past. Last year, Andrew Sean Greer took home the Pulitzer Prize in Fiction for Less. It was a surprise decision for many reasons: Namely, the book is about joy, and the award is typically given to books that use tragedy as a vehicle to discuss topics of political, cultural, or social importance.

This year, the Pulitzer Prize for Fiction was awarded to Richard Powers for The Overstory, a book that earned a significant amount of praise. In addition to being shortlisted for the Man Booker Prize, it was named among the best books of the year by New York Times, Washington Post, and other publications.

Here are all the book winners of the 2019 Pulitzer Prizes in Letters, Drama & Music: