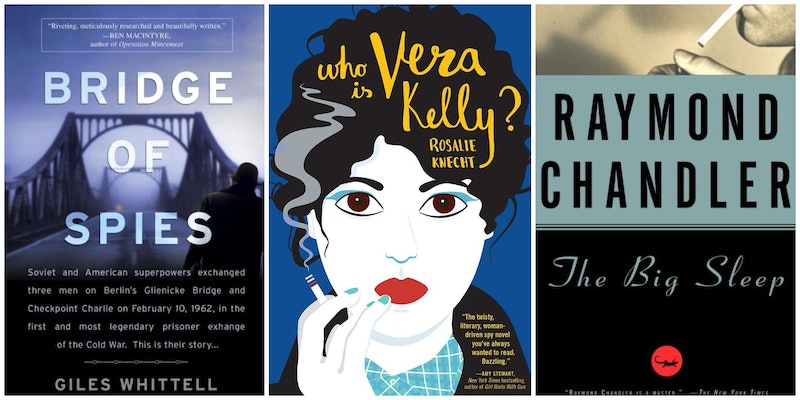 In my opinion, Rosalie Knecht's literary spy novel Who Is Vera Kelly? is one of this summer's biggest treats for readers. It's a marvelous combination of a spy thriller, a mystery story, and a historical novel that puts a female twist the genre. Move aside, James Bond.

"I was a little bit annoyed at the way that women in the spy genre tend to be just like Scarlett Johansson," Knecht told Bustle in an interview published in June 2018. "They're always like these insane sex bots, you know what I mean? And I was kind of more interested in how it would be to be a regular functionary."

Set in the 1960s, Who Is Vera Kelly? is the story of Vera, a young woman who has moved from New York City to Buenos Aires to monitor an impending coup. Between her attraction to a student revolutionary and her uncertain political footing, Vera soon finds herself a little over her head. The novel switches between Vera's time in Argentina, to the rocky coming-of-age that leads her towards the life of a spy.

As a "book therapist" for Literary Hub, Knecht is an expert at prescribing the right book for any problem. So of course, I was curious to know which books helped Knecht writeWho Is Vera Kelly?

Who Is Vera Kelly? by Rosalie Knecht, $13, Amazon

On this list, you'll find everything from unmissable spy books to fascinating explorations of history, each with its own part to play in the creation of Knecht's new book.