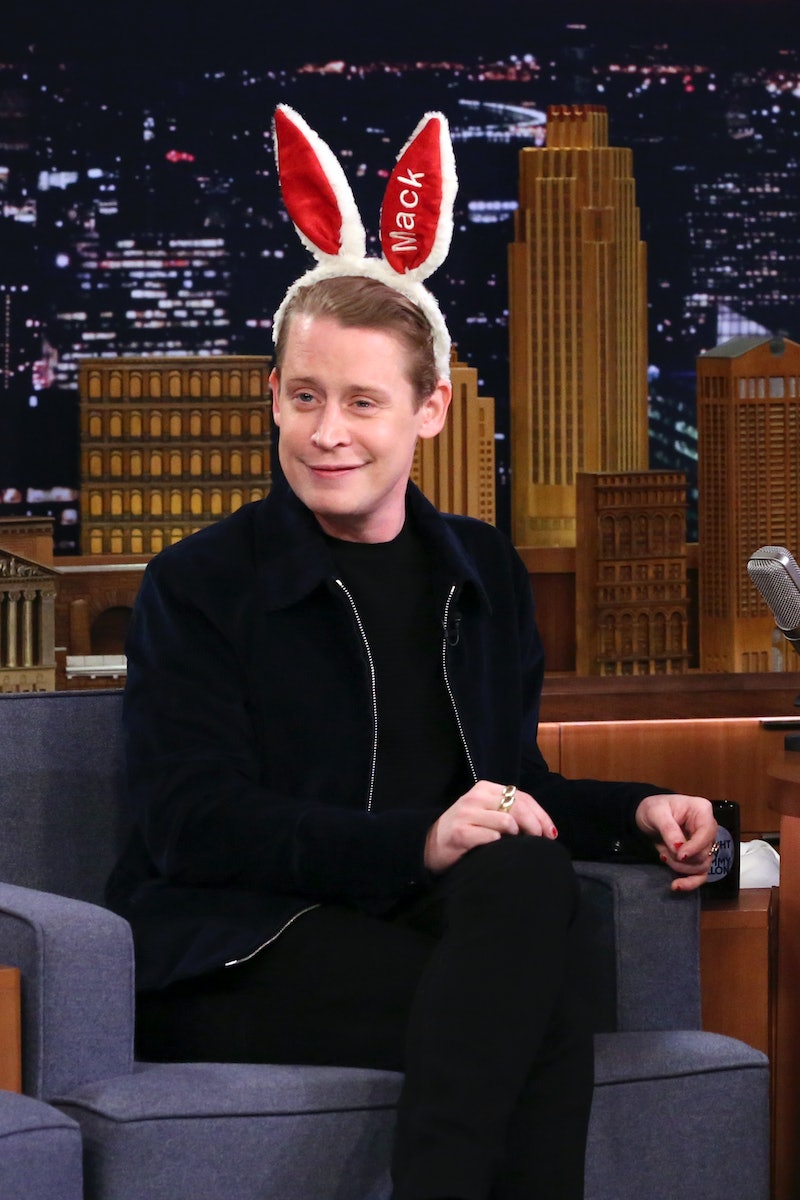 Some huge names are returning for American Horror Story's landmark tenth season, but there's one new face in particular that will have fans screaming (from joy, not fear). The American Horror Story Season 10 cast welcomes Macaulay Culkin to the anthology series for the first time, and the '90s throwback nostalgia is already setting in. Series creator Ryan Murphy took to Instagram to announce the cast list for the highly anticipated new season on Wednesday, Feb. 26, and along with the nostalgia factor of Culkin, it also features some faces that fans haven't seen in a little while.

While the theme and premiere date for AHS Season 10 is still being kept under wraps, there very well may be some hints for fans hidden in Murphy's Instagram video. The entire clip is a cloudy beach backdrop with Orville Peck's "Dead of Night" playing in the background. Perhaps viewers are in for AHS: Hurricane, or even AHS: Spring Break? The possibilities are endless.

Despite the stacked list of stars set to appear during Season 10, Murphy's post was flooded with comments asking about the return of Emma Roberts, who has starred in numerous seasons of AHS, most recently as lead character Brooke Thompson in 1984. Despite pleas from fans, whether Roberts gets casted at a later date or doesn't appear on the season at all remains to be seen.

Paulson's return to the AHS fold was confirmed back in January 2020, when the actor spoke about the show at the Television Critics Association. “I did ask Ryan [Murphy] if the question was asked to me, could I say that I was coming back, and he said ‘yes’ you could say," she revealed, as reported by Deadline. "So, yes I will be back on American Horror Story." Paulson and Peters also starred on the show's very first season, Murder House, making their returns a sweet full-circle moment.

Despite Murphy and co. staying very tight-lipped about what to expect, it looks like AHS Season 10 will still bring the chills, the camp, and the gut-wrenching screams, as always.

More like this
A New 'And Just Like That' Table Read Pic Confirms A Key Character's Return
By Jack Irvin and Grace Wehniainen
Netflix Reveals First Look At Wednesday In The 'Addams Family' Spinoff Series
By Bustle Editors
The New Grey's Anatomy Interns Have Fans Feeling So Nostalgic For Season 1
By Brad Witter
Nicola Coughlan Shared A Lady Whistledown Excerpt From ‘Bridgerton’ Season 3
By Grace Wehniainen, Alyssa Lapid and Sam Ramsden
Get Even More From Bustle — Sign Up For The Newsletter