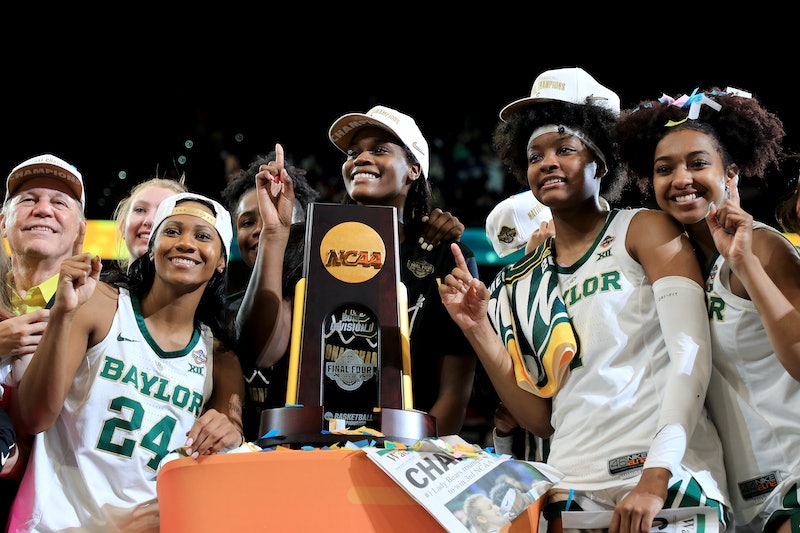 As part of a longstanding tradition, the champion team for the National Collegiate Athletic Association’s (NCAA) Women's Basketball division goes to the White House to celebrate its big win. This year, President Donald Trump served champion team Baylor Lady Bears fast food at the White House, The Hill reported on Monday. And it isn't the first time for the president to do so.

According to USA Today, the team was served burgers, chicken nuggets, and other items from major fast food chains like Chick-fil-A, Wendy’s, Burger King, and McDonald’s on trays. In a detail that might strike some people as peculiar — and maybe even unappetizing — the publication noted that the fast food was reheated for the team.

As noted before, Trump has already served champion teams fast food upon their visits to the White House. In January, Trump served a buffet of fast food to the Clemson Tigers after the college football team scored its championship, HuffPost reported. With a partial government shutdown in effect at that time, Trump served a selection of Wendy's, Burger King, and McDonald's food options.

Speaking to the press about his decision to pick fast food for the Clemson Tigers, Trump said in January, "Because of the shutdown, you know we have the great Clemson team with us, the national champions. So we went out and we ordered American fast food, paid for by me. Lots of hamburgers, lots of pizza." The president also joked he expected the fast food feast to be an entertaining one because "we have some very large people that like eating."

In March, the NCAA Football Championship team, North Dakota State Bison, visited the White House. Once again, Trump served the winning team a lunchtime spread of fast food items like chicken burgers and fries from Chick-fil-A, USA Today reported. The outlet noted that Trump told the Bison team that he knew he could have given them food made by a chef but he chose fast food because "I know you people." This reportedly made the players laugh.

Unlike previous scenarios, Trump did not explain why he went with fast food for the Baylor Lady Bears' official visit. But the team seemed to go along with it. Apart from eating at the White House, the winning team gave Trump a Baylor jersey and cap along with a signed basketball, according to USA Today.

The president also praised the team's efforts against Notre Dame. "I watched that last game," Trump said, "and that was a tough, rough game." At one point, per The Hill, Trump asked the team's head coach Kim Mulkey if she'd ever work in the White House. "No," Mulkey responded.

Given what the Clemson Tigers, North Dakota State Bison, and now Baylor Lady Bears were served, it might not be wrong to say that the next NCAA champion can also expect some good old American fast food on its White House trip.