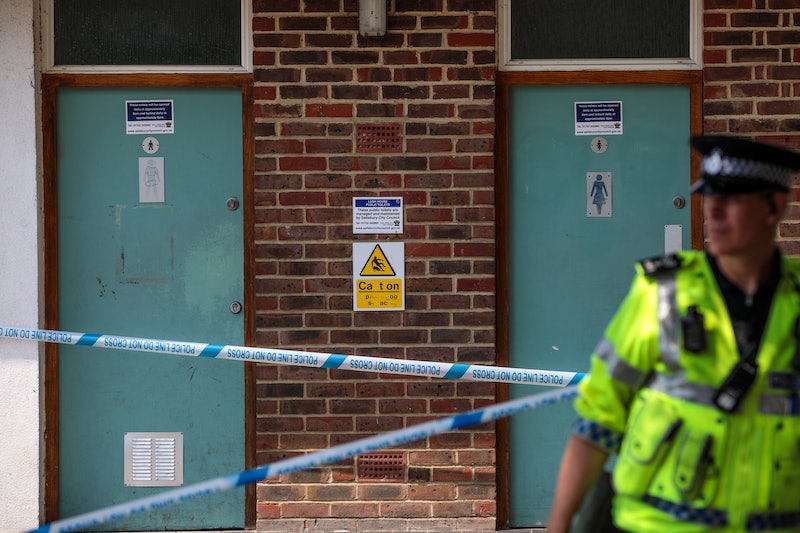 On March 4, 2018, Sergei Skripal — a former double agent for the UK's intelligence services — and his daughter Yulia were poisoned in the small English city of Salisbury. The incident was widely reported and became top of the press' interests for a good few weeks. It was a moment that in the UK felt, quite frankly, terrifying, not to mention completely unjust for the innocent people caught up in it. Now both the events leading up to the incident and the aftermath will be recounted in a new drama about the Salisbury Poisoning from the BBC.

The BBC announced on Friday that they would be making a two-part drama based on the real life incident. According to a statement, the show will be a recreation that will tell the story of "how ordinary people reacted to a crisis on their doorstep, displaying extraordinary heroism as their city became the focus of an unprecedented national emergency."

As Laurence Bowen, who's head of the production company behind the show, told the BBC: “This is the story of the poisonings in Salisbury that hasn’t been told - the story of a community living through the real life horror of an invisible threat that could and did kill without warning, a story of tragedy but also of resilience, and pride. It’s a real privilege to be involved in its telling.”

So, while the news may have filled you in on the alleged perpetrators — as the BBC reported at the time, the suspects were Russian nationals Alexander Petrov and Ruslan Boshirov — you may not have heard much about the powerful community that surrounded their victims.

The BBC drama hopes to shed some light on just that, as writers Adam Patterson and Declan Lawn explained. “We feel extremely privileged to be telling this story. Extensive, meticulous research is at the heart of how we like to work and we’ve been overwhelmed by the generosity of the people of Salisbury who have opened up to us over the past few months and continue to do so. This is an extraordinary story full of ordinary heroes, the tale of how a community responded to an inconceivable event.”

While casting and an air date will be announced in "due course," you can rest assured that the BBC will be treating the drama's subject matter with delicate hands and will tell the story sensitively. I hope that the show will bring nothing but comfort to those close to the victims. Plus, I'm so glad that the BBC are choosing to hone in on an aspect of the situation which has been so underreported.

Instead of repeating information that the public already knows, they're choosing to focus on how a community stood together when it has was tested, faced with threat and even death. After any act of terror, you want to feel reassured that courage can and will prevail over fear, and I'm hoping that this new drama will remind viewers of just that.

More like this
'Line Of Duty’s Jed Mercurio Has A New Crime Drama In The Works
By El Hunt
What Reporting On The UK’s Most Prolific Cyber Stalker Taught Me
By Sirin Kale
After The Bling Ring, Nick Prugo Was Embroiled In Another Scandal
By Arya Roshanian
The Queen’s Cause Of Death May Not Be Formally Announced
By Shahed Ezaydi and Catharina Cheung
Get The Very Best Of Bustle/UK