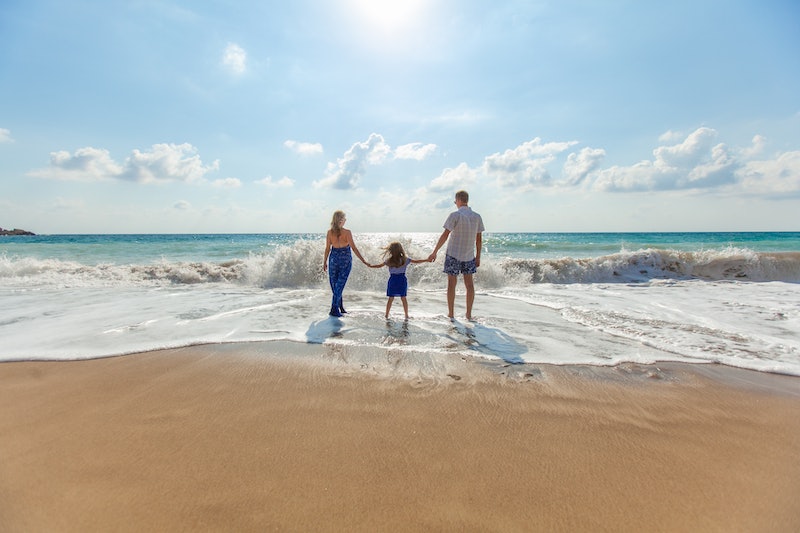 Ladies and gentlemen, I hate to break it to you, but the Earth isn't terribly happy with its residents at the moment. Forests are disappearing, sea levels are rising, and the polar bear population is so unhappy that they don't even hand each other sodas on Christmas anymore. So what's the best way to fight climate change? According to a study identifying ways to cut down on carbon emissions, the answer might be keeping it in your pants.

The study, published in Environmental Research Letters this month, looked at a variety of lifestyle changes, some of which are well-known and others you may never have considered, and calculated their likelihood of reducing carbon emissions. In their paper, the study's authors noted that behavioral changes are just as important as political ones. While lifestyle tweaks might take place on a smaller scale, their effects are far more immediate than, say, making factories more efficient. However, researchers found that some of the most commonly promoted actions, like changing light bulbs and recycling, aren't actually the most effective.

According to their results, the most useful way to reduce your carbon footprint is to have one fewer child, which cuts carbon emissions by nearly 59 tons per person. Apparently, babies are as just costly for Mother Nature as they are for their human moms.

Overpopulation is a well-known factor in climate change. Higher populations simply consume more, which has led some to suggest population control as a way to limit our effect on the environment. As you can imagine, that hasn't always gone over well. Researcher Kimberly Nicholas told the Guardian that the team recognizes that family planning is a "deeply personal" choice, but that doesn't change the fact that human lifestyles have a huge impact on climate change. "It is our job as scientists to honestly report the data," she said.

However, that wasn't the only high-impact lifestyle change. The study also found that living without a car, eating a vegetarian diet, and avoiding plane travel are all effective ways to reduce your carbon footprint as well. "These actions have much greater potential to reduce emissions than commonly promoted strategies like comprehensive recycling (four times less effective than a plant-based diet) or changing household lightbulbs (eight times less)," researchers wrote.

Unfortunately, researchers noted that government resources in the European Union, Australia, and the United States rarely promote higher-impact behaviors in their materials on climate change. Of course, this doesn't mean "lower impact" actions like recycling aren't worth doing, but they simply aren't going to take care of business in the way that more effective strategies will.

Family planning depends on all kinds of factors, from income to how often your dad makes thinly veiled references to grandchildren, but don't forget to include Mother Earth in your decision making.