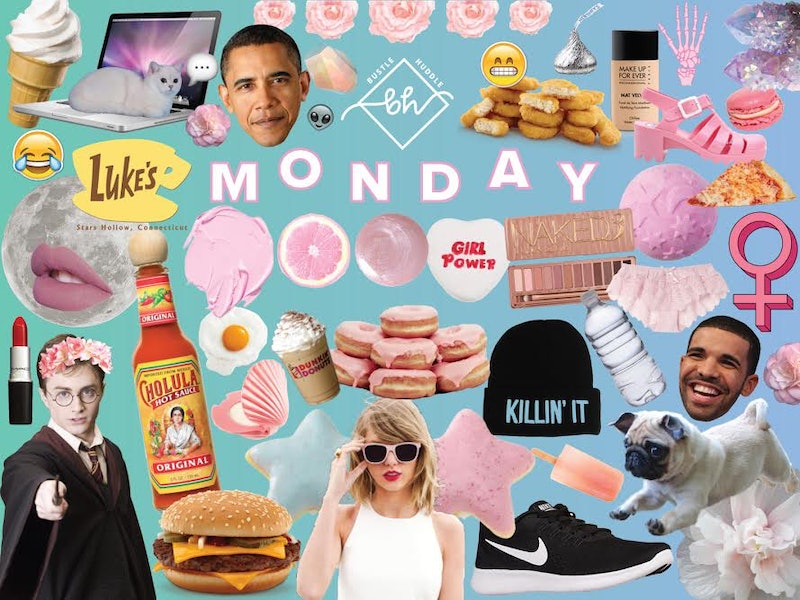 Happy Monday, all! Hopefully everyone had a nice, relaxing weekend full of cozy nights, fun in the snow, and marathons of A Series of Unfortunate Events (seriously, guys, this show is so good). And fingers crossed that you saved up your energy, because this week is gonna be big, thanks to the inauguration and the Women's March.

As you settle into the week, take a look back at today's biggest news and events, from Martin Luther King Jr. Day to that rumored 50 Shades musical.

Monday marks Martin Luther King Day, a time to celebrate and reflect on the late icon's incredible work for civil rights. It's also a time, thanks to Donald Trump's recent Twitter tirade, to show your support for congressman and civil rights leader John Lewis. This MLK Day, give these brave men — and all the other people who fought beside them and are continuing to fight today — the recognition and respect they deserve.

Movie Rec: Spending today at home? Honor MLK by watching some of the best movies about Martin Luther King, Jr. and the civil rights movement, from Selma to Mississippi Burning.

In the latest installment of Bustle's A Body Project, British style blogger Stephanie Yeboah discusses the stigma around plus size bodies and stretch marks, in particular. In a series of powerful photos, Yeboah shows off her arms and explains why posting body-baring photos of herself on social media helped her gain confidence and accept her body exactly the way it is.

Quote Of The Day: "We need to work hard as a community to show how diverse our bodies are in body shape, race, and body ability," said Yeboah. Amen.

The Women's March + How To Help

Pro Tip: "I'm excited that people are so interested in the march, but I am especially excited that there are so many ways for people to participate," says Bustle's associate lifestyle editor, Gaby Moss, who's going to the D.C. March. "There's the D.C. march, local marches, online activities for people who can't march, and the social media options on Saturday for people who want to support or discuss the march will be numerous. I'm really thrilled at the prospect of feeling connected with so many people supporting a common goal."

Fans of E.L. James' Fifty Shades series and its movie adaptations are already pumped for the release of Fifty Shades Darker in theaters next month, but now there's something else to look forward to — well, maybe. Reportedly, a Fifty Shades of Grey musical is in the works, and while it's all just rumors right now, it sounds very intriguing.

Shopping Break: It may be mid-January, but it's not too late to buy a winter coat if you haven't already. These 23 winter coats under $100 are perfect if you're still in need of the snowy essential.

Today's WTF Moment: Believe it or not, there are people who don't like cheese out there (I know, right?). This French study explored why that is, and the results are pretty intriguing.

What to Watch: Another Monday night, another episode of The Bachelor. Tune in to ABC at 8 p.m. to watch seven ladies participate in a "Nickathalon," whatever that means.