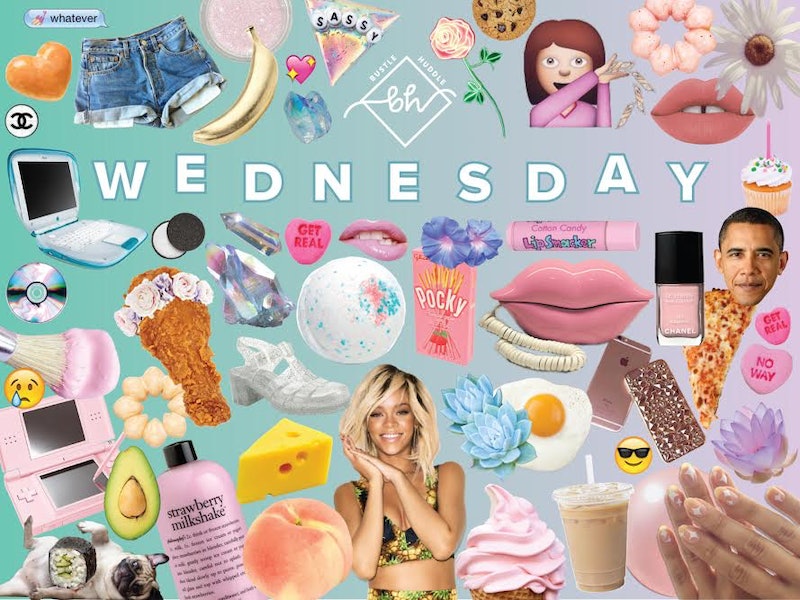 Can you believe it's already Jan. 18? January tends to feel like one of the slower months, but this year it's speeding by. At this rate, summer will be here before we know it — at least I can dream, right?

This January is way crazier than normal thanks to Donald Trump's inauguration, the Women's March, the announcement of a Will & Grace revival, and much more. Here's a recap of the news and events that had Bustle's editors talking today.

With shows like Gilmore Girls and Charmed getting reboots or revivals, it was only a matter of time before yet another fave show Will & Grace came back. Well, on Wednesday, NBC officially ordered a Will & Grace revival, with 10 episodes featuring the show's original cast set to arrive next year. If you're having a Karen-sized freakout upon hearing the news, watch the first revival promo here and get pumped.

#TBT: '90s kids everywhere are thrilled that Fuller House is back for Season 2, especially because it means more Joey Gladstone, aka Dave Coulier. Watch Coulier play a game of "Cut It Out" with Bustle's TV Editor Samantha Rullo and have some major '90s nostalgia.

On Tuesday, Trump's pick for secretary of Education, Betsy DeVos, underwent a confirmation hearing by the Senate, and the results were less than ideal, to say the least. Among other things, DeVos condemned public schools and defended guns in schools (you know, in case of grizzly bears). It's pretty distressing stuff, but watching Elizabeth Warren and Bernie Sanders grill DeVos on her beliefs should cheer you up.

How To Protest: If you're one of the many people upset about the idea of DeVos being chosen as secretary of Education, make your voice heard by attending protests, writing to your senators, or wearing red in support of public schools.

On Wednesday morning, it was reported that former president George H.W. Bush had been hospitalized since Saturday. The 92-year-old is said to now be in stable condition in the ICU. Here's hoping that the former commander-in-chief (and his wife, Barbara, who was also hospitalized) have a speedy recovery.

Although major strides have been made in plus-size fashion over the last few years, there's still a lot to be done. For instance, they could add in way more options for plus-size women who want to wear, say, V-neck shirts or cute athleisure. Here are the 31 clothing styles plus-size consumers and influencers think the fashion world needs more of, ASAP.

Fun Fact: Stock up on those jalapeños! According to an new study, it's possible that people who eat spicy foods might live longer than those who shy away.

Believe it or not, the 2017 Grammy Awards are almost here, and the lineup is looking good. The show, airing Feb. 12, will feature performances by John Legend, Carrie Underwood, Keith Urban and more, and while other singers will be announced in the next few weeks, this is already a pretty solid start. Mark your calendars!

Couple News: Are Gigi Hadid and Zayn Malik engaged?! Judging by some new photos, it's definitely possible. Don't start freaking out just yet, though, as it's just a rumor — for now.

Today's WTF Moment: This photo might seem at first like a typical snap of famous celebs, but take a closer look and see if you can spot Kendall Jenner's missing leg. It's crazy, you guys.

What to Watch: It's not quite the Oscars, but the People's Choice Awards, airing tonight at 9 p.m. on CBS, are still a ton of fun to watch. Tune in to see Joel McHale host, Fifth Harmony perform, and Meryl Streep compete with Blake Lively for Best Actress (yes, really).