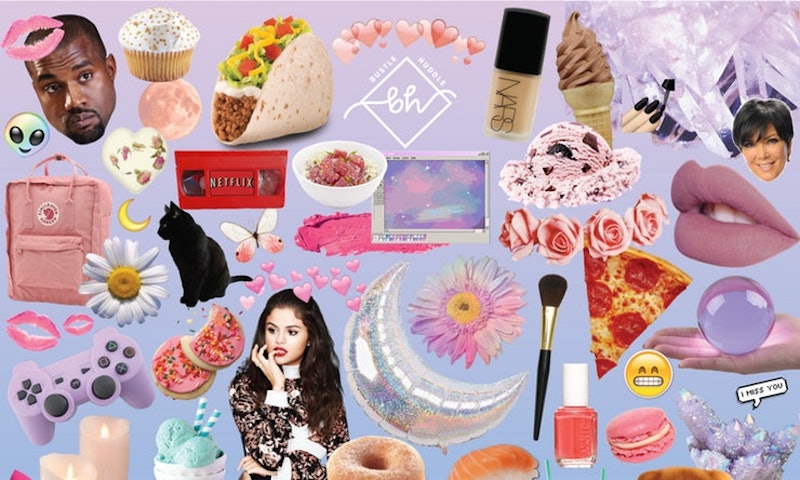 Happy Thursday! Today, I've got good news, but also, unfortunately, some not so great news. Alas, such is life. However, you've survived the majority of the week and now the weekend's ~just~ around the corner. Even better, it's the weekend before Halloween, and I'm sure you all cannot wait for the bold costumes, intricate makeup, and scary decorations.

But first, we have to get through Thursday. This is what Bustle's editors have been talking about on Oct 26:

As you probably know, opioid addiction has devastated communities around the United States, reaching epidemic proportions in recent years. Since the start of his presidency, Donald Trump has talked about dealing with this deadly problem, and after several delays, today Trump declared the opioid crisis a "public health emergency". If you're unsure what that is, public health emergencies are limited in both scale and funding, compared to national emergencies. Some are skeptical that this declaration will barely scratch the surface in fixing this problem.

Women's Rights: House Republicans announced that they'll be hearing a bill that aims to ban abortions after six weeks nationwide next week. It's commonplace for women to not realize they're pregnant before at least two months — making this bill extremely problematic for women's rights.

The organizers of the Women's March are hosting a three-day convention this weekend in Detroit. Today it was announced that actor Rose McGowan is speaking opening night. This decision comes on the heels of 2016 presidential hopeful Sen. Bernie Sanders being initially offered the position, then dropping out shortly afterward. The convention will be McGowan's first public speaking engagement since she accused Harvey Weinstein of sexual assault earlier this month.

WTF: Images of these moths are going viral and for a VERY good reason — they're super creepy looking! This is clearly the beginning of Halloween spookiness, and I'm already low-key terrified.

Another day, another amazing Chrissy Teigen moment. Today, Teigen's 73 questions Vogue video dropped and it's sweet, funny, and filled with food references. Classic Chrissy, right? Also, There are some gorgeous scenes with Teigen and John Legend's daughter, Luna. What a family!

Instagram released a new feature, Superzoom, that's guaranteed to make your IG stories 100 percent funnier. Seriously, it's hilarious! Basically, the feature involves some really nifty automated zoom action and dramatic AF music. And it's available right now. So if you haven't already, update your Instagram and try out Superzoom in your Stories right now. You can thank us later.

Truth Or Lie: Speaking of IG, how much of the beauty content on social media is actually real? Do people actually have such luscious hair, perfectly filed nails, and pore-less skin? Turns out, it's all a lot faker than you think.

Halloween: Still not sure what to dress up as? Here are 17 fine art-inspired makeup tutorials that are as impressive as any costume out there.

What To Watch: Stranger Things is back! The second Season drops on Netflix tonight. Also, Netflix is also debuting a Stranger Things after show. You can watch that starting Friday.

More like this
Britney Spears Shares Unknown Details Of Conservatorship In New Voice Notes
By El Hunt
Bustle Editors Style The Internet’s Most Polarizing Fashion Trends
By Kelsey Stiegman
Everything To Know About Taylor Swift’s 10th Studio Album, 'Midnights'
By Grace Wehniainen and Jake Viswanath
Alec & Hilaria Baldwin Gave Their 7th Child Another Version Of The Name Hillary
By Stephanie Topacio Long
Get Even More From Bustle — Sign Up For The Newsletter