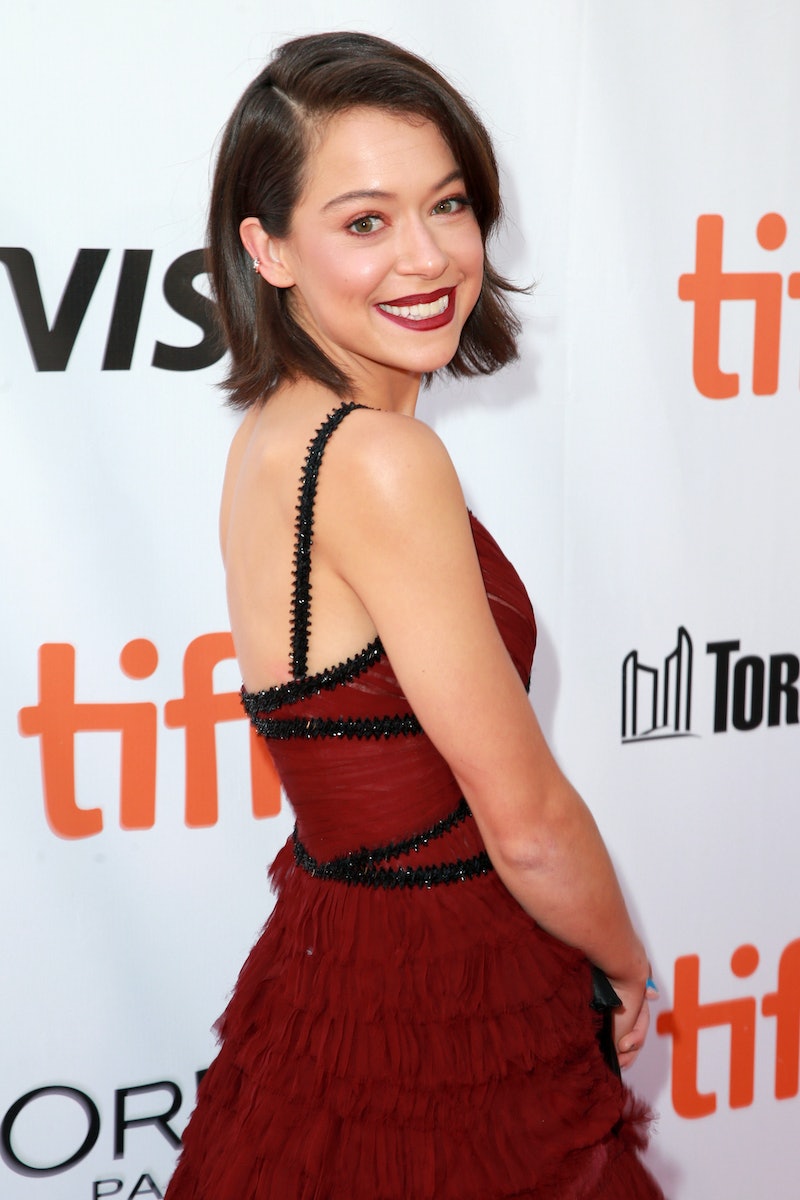 Earlier this week, history was made when upcoming Ryan Murphy series Pose announced that five transgender actors have been cast in lead roles — a record for scripted television. And now, additional details about the show have surfaced. On Thursday, some more terrific (albeit not nearly as groundbreaking) Pose casting news hit the internet: James Van Der Beek, Kate Mara, Tatiana Maslany, and Evan Peters are part of Murphy's Pose pilot, according to The Hollywood Reporter. Yes, Dawson Leery, Zoe Barnes, the clones, and Kai Anderson all joined the show's ensemble.

Back in March, FX reportedly ordered the Pose pilot, and after a six-month-long casting search, the ball is about to get rolling. Production on the series — which aims to explore the various worlds of 1980s New York City, including the Wall Street sector as well as the underground ballroom scene — is slated to commence this November. According to THR, Peters and Mara will play a New Jersey couple who "get sucked into the glamor and intrigue of '80s New York City," Van Der Beek will play Stan's (Peters) "financial kingpin boss," and Maslany will play a modern dance teacher who "takes a special interest in the talent of [Ryan Jamaal Swain's] Damon." According to Variety, frequent Sia collaborator Ryan Heffington has been brought on to choreograph Swain and Maslany's dance scenes.

What wonderful news about a show that was already so exciting for so many reasons. As previously reported, Pose will star MJ Rodriguez, Indya Moore, Dominique Jackson, Hailie Sahar, and Angelica Ross. This is roster is important and historic: Rodriguez, Moore, Jackson, Sahar, and Ross are all trans actors, making this the highest number of transgender actors to be series regulars on a TV series. Actors Swain, Billy Porter, and Dyllon Burnside have also joined the cast.

In addition to the outstanding cast, there's quite a bit to celebrate about who will be on the other side of the camera, too. Trans writers Janet Mock and Our Lady J have been penning scripts alongside co-creator Steven Canals. After the Pose news broke, Mock tweeted, "PROUD to be making herstory in the writers room of FX's POSE with @MrRPMurphy @StevenCanals @BadFalchuk & @ourladyj!"

The show has also enlisted Michael Roberson, Twiggy Pucci Garçon, Hector Xtravaganza, Skylar King, and Sol Williams as ball culture consultants. Additionally, the ball scenes will be choreographed by Leiomy Maldonado, a trans dancer and ball icon, who America's Best Dance Crew fans will recognize from Season 4, as well as established dancer and music video choreographer Danielle Polanco. Pose will be co-produced by trans activist director Silas Howard. Furthermore, it will bring on "emerging transgender directors to be mentored through the prolific showrunner's Directing Mentorship Program."

Co-creator Canals said in a statement (via THR),

“We are thrilled that Pose pushes the narrative forward by centering on the unique and under-told experiences of trans women and gay people of color. Ryan has assembled a strong team of storytellers and innovators to collaborate on telling this important narrative. As a Bronx-bred queer writer of color, I’m honored to aid in ushering this groundbreaking show into homes.”

The latest casting development will not only reunite American Horror Story: Murder House co-stars Peters and Mara, but will be Maslany's first post-Orphan Black TV role. And yes, that fact hasn't been lost on fans.

Oh, and let's not forget about Van Der Beek bringing the '90s teen soap nostalgia to the party.

Four great actors joining what is already a great ensemble is fantastic, and the representation of LGBTQ people and their stories on the screen and behind the camera is major. All in all, lots of awesome stuff happening here. Assuming FX picks up the series (how could they not?), this is going to be a show for the books.