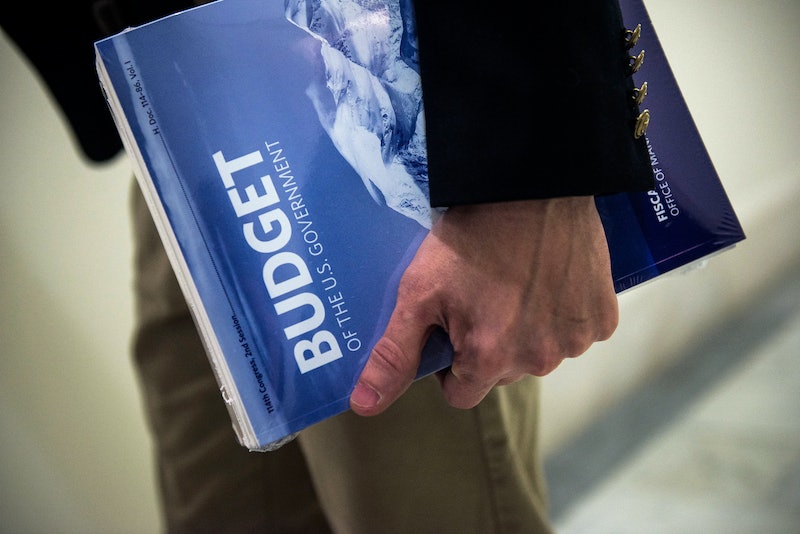 The Congressional Budget Office, a nonpartisan office in the government with the job of evaluating the costs and benefits of government legislation, has released a report on the results of repealing the Affordable Care Act. The report is scathing and speaks volumes about the danger of getting rid of the ACA entirely.

Repealing Obamacare through defunding it in budget reconciliation, as Republicans have set themselves in motion to do, would take healthcare away from 18 million people in the first year. Within the next ten years, that number could balloon up to 32 million people without health insurance. In addition to this, premiums for people on the individual markets could increase by an estimated 20 to 25 percent compared to their expected levels under the ACA for the first year; they'd be expected to double by 2026.

This is as bad as many of the worst warnings that Democrats and ACA defenders have made about a potential Republican repeal. Since repealing some parts of the ACA would require 60 votes in the Senate, the planned version only gets rid of the funding, not many of the regulations. This could have effects on the insurance markets that go well beyond sending us back to the pre-2010 status quo.

Republicans insist that this report is meaningless, since it focuses only on repealing the law, and not on the Republican plan to replace it that would presumably be passed afterwards. Here's what House Speaker Paul Ryan's spokeswoman, AshLee Strong, had to say on the report:

Representative Steve Scalise (R-LA), the #3 Republican in the House, had his own criticism of the report as well:

Scalise and Strong are technically correct (well, Strong's claim that the individual market has been decimated by Obamacare is suspect considering the continuing high rates of ACA sign-ups, but the rest of it is okay). The CBO hasn't said anything about the Republicans' plan to repeal the bill. In that respect, the CBO is not dissimilar from the Republicans themselves — though there have been numerous plans floated, suggestions of policies by Republicans like Rand Paul, and a promise to insure everyone with affordable coverage by the President-elect, Republicans have not yet managed to put forward a plan that can be scored by the CBO.

This CBO report should be proof that any plan to repeal the ACA first, and then replace it later, would be unreasonable. The CBO is there to evaluate the results of legislation. And the evaluation the CBO has released is for the only legislation that Republicans have yet proposed. Since there is a real potential that any replacement plan Republicans are thinking about would be unpopular, not get enough Democratic votes in the Senate to pass, cut health insurance from millions, cause many Americans to spend more on healthcare, or, quite possibly, all four, there is a reason that Republicans may want to hide behind a claim that this CBO score doesn't matter.

So, until Republicans release a healthcare plan of their own, they cannot pretend that this report is leaving anything out.