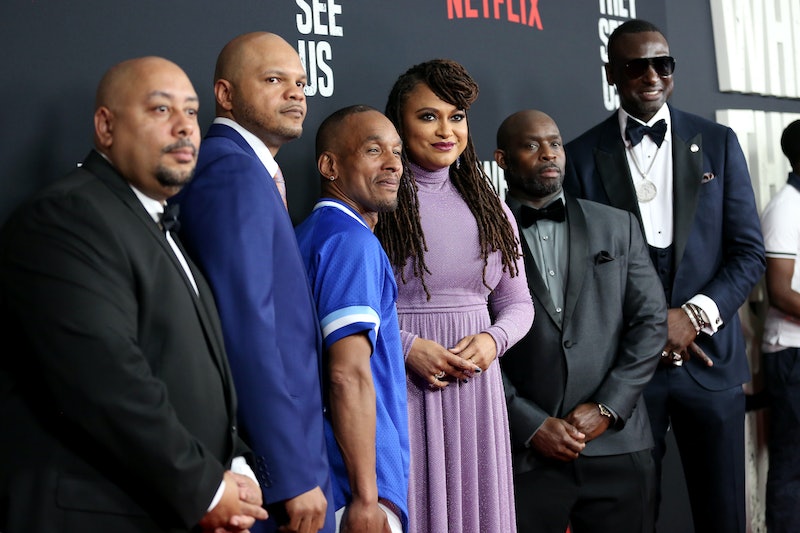 Ava DuVernay's newest project, When They See Us, hopes to shed new light on the experiences of five wrongly accused Black and Latino teenage boys. In 1989, the Central Park Five were wrongly accused and later convicted of the brutal assault of a white woman who had been jogging through Central Park. Years later, thanks to DNA evidence and a new confession, their convictions were vacated, but their lives were never the same. Eventually, The Central Park Five reached a settlement with the city of New York, in hopes that some kind of amends could be made, and it looms large as When They See Us hits Netflix this week.

In 2014, a federal judge granted the wrongly convicted men, Antron McCray, Kevin Richardson, Raymond Santana, Yusef Salaam and Korey Wise, a $41 million settlement, according to the Los Angeles Times. Richardson, McCray, Santana and Salaam received $7,125,000 each, while Wise, who served more time than the others, was paid $12,250,000, the article continues.

"This settlement is an act of justice for those five men that is long overdue," New York City Mayor Bill de Blasio said in a statement at the time, per the article. "The city had a moral obligation to right this injustice — which is why, from Day One, I vowed to settle this case."

But that money didn't give the men back the time they lost behind bars. They were between the ages of 14 and 16 at the time of the attack, and all served between six and 13 years in prison for the crime. When asked this year by CBS News if the settlement made their lives any better, the Central Park Five had mixed responses. "It made it better where we were able to relocate, put our children in better situations," Santana said. "But besides that, no." Salaam echoed his statements. "No amount of money could have given us our time back," he said. "And that time is really what's important."

Following the initial settlement, some outlets reported that the five men were hoping to sue the state for an additional $52 million in damages, though it doesn't appear that it was ever granted. The additional suit was apparently explored in the hopes that it would help the men better reintegrate into society after the infamous ordeal.

"When you have a person who has been exonerated of a crime, the city provides no services to transition him back to society," Santana told the New York Daily News of the second lawsuit. "The only thing left is something like this — so you can receive some type of money so you can survive." And Myron Beldock, an attorney who worked with the men, said additional money was well-deserved. "It's not a double dip," he said in the same piece. "Although our clients got substantial payments, we don't think it was sufficient for their lawsuits. How much is a year in jail worth in a child's life?"

All settlements aside, the men now have another chance to tell their story, this time with DuVernay's legendary direction at the helm. She's said that watching the Central Park Five witness their journeys unfolding onscreen has been unlike any experience she's ever had. "It was the most humbling, magnificent, jaw-dropping and truly spiritual experience that I’ve had as a filmmaker," she told Rolling Stone. "No awards show, no review, no nothing, no billboard, nothing has ever even come close. All those measuring sticks of success paled in comparison to that moment, and it was the best four and a half hours I’ve ever had as a filmmaker."

Hopefully as When They See Us debuts on Netflix this week, audiences will have a similar, poignant reaction to witnessing the tale first-hand.