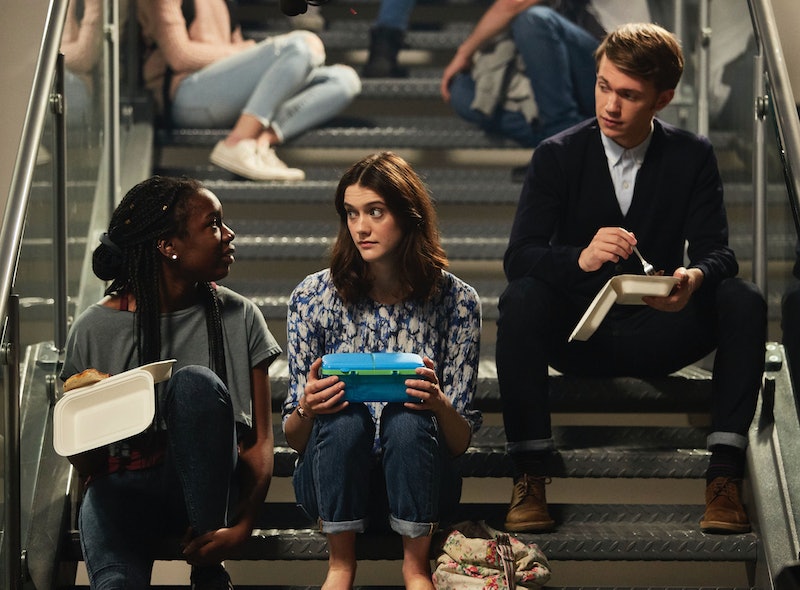 Saturday, April 15 is going to be a big day for Doctor Who fans. Not only does the beloved time-traveling show return for Season 10 on BBC America, but that premiere will be followed by a new series from the universe of Doctor Who, Class. Of course, the spinoff has a lot of similarities to Doctor Who, one of which is that it features a talented bunch of British actors. I mean, just take a look at the heart-pounding trailer for the new series and tell me you're not absolutely intrigued by the cast of Class.

Watching the cast members of Class do their thing in the new series is going to be a joy not only because they're all so skilled but also because it will be an introduction to a fresh crop of rising stars. You can thank the basic premise of Class for the youthfulness of the actors. The series follows four seemingly ordinary students at Coal Hill Academy, all of whom run in completely different social circles (ah, high school). But soon, they realize that they have to band together to fight the alien threats that have burst through the walls of space and time, which have worn down from years of time traveling. Yeah, you can blame the Doctor for that one.

Speaking of the Doctor, the iconic extraterrestrial Time Lord currently played by Peter Capaldi is set to make an appearance in Class, according to the trailer, informing the students that it's up to them to prevent the dangerous creatures from destroying the Earth. So who has the fate of humanity in their hands? Well, it's these actors behind the main characters of Class who are about to take you on the most thrilling high school adventure ever.

More like this
Kukulkan From 'Wakanda Forever' Has A Surprising Connection To Marvel History
By Grace Wehniainen
Michaela Coel Has Some *Thoughts* About The Nepo Baby Discourse
By Maxine Harrison
Rupert Grint Just Shared A *Major* Update About Ron Weasley’s Future
By El Hunt
Twitter Is Overjoyed By Angela Bassett’s Record-Making Oscar Nomination
By Maxine Harrison
Get Even More From Bustle — Sign Up For The Newsletter
From hair trends to relationship advice, our daily newsletter has everything you need to sound like a person who’s on TikTok, even if you aren’t.