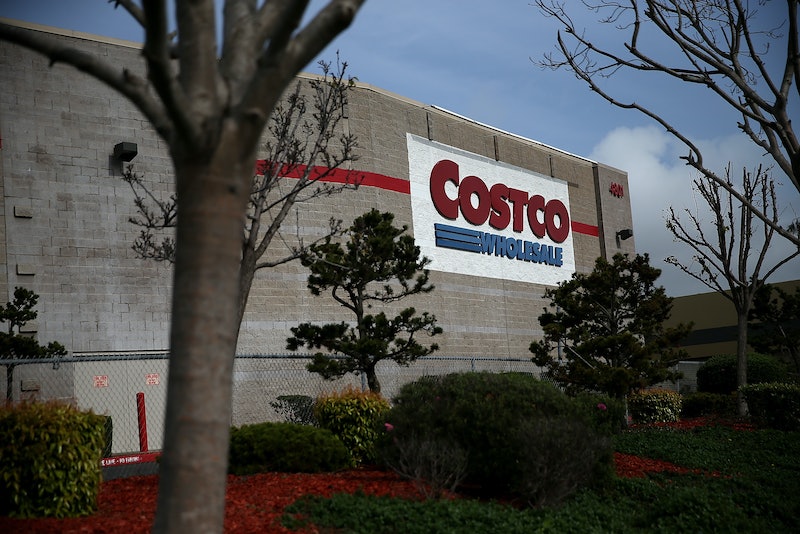 Questions are being raised about a shooting that left one person dead at a Costco in Riverside County, California. The shooter, an off-duty Los Angeles police officer, said he was attacked by the victim; a relative of the victim told The Los Angeles Times that he couldn't have started the altercation, however, because had an intellectual disability and was non-verbal. So far no cell phone video or surveillance footage of the Costco shooting has been released, according to The Los Angeles Times.

The city of Corona, California, where the Costco is located, has released a statement giving its version of events. That statement says that the shooter was shopping with his young child on Friday when, "without provocation, a male unknown to the officer’s family assaulted the officer." The statement says this attack "resulted in the officer firing his weapon," which struck the man and two of the man's family members. The statement confirms that the officer's gun was the only weapon involved in the altercation.

Details are still emerging, but here's everything we know so far about Kenneth French, the man killed in the Costco shooting, and the off-duty officer who shot him and two of his family members.

Who Is The Shooter?

While the city's statement confirms that the shooter is "an off-duty Los Angeles Police Department Officer," his identity has not been released. CBS News noted that LAPD officers are allowed to carry a concealed weapon, if they are authorized to use that weapon while on duty.

CNN reported that the officer was not arrested, but he was taken to a local hospital following the incident and treated for minor injuries. He was later released and his young child did not suffer any injuries, the Corona Police Department told CNN.

Who Were The Victims?

More information is available about the victim, who was identified by the Riverside County Coroner's Office as Kenneth French. French was a 32-year-old resident of Riverside, California, who relatives maintain was not capable of starting the argument that authorities say led to the shooting.

"He was a gentle giant," his cousin Rick Shureih, who did not witness the shooting, told The Los Angeles Times. "He’s never been violent in the past. He’s always been very cooperative and kept to himself."

Shureih told The Times that he did not know what exact disability his cousin had. He said French could cook and work but not live on his own.

On Sunday, Shureih posted a photo on Facebook of French and his parents, Russell and Paola, who he said were the other two victims of the shooting. "Do they look intimidating to you? Did he really have to shoot them all?" Shureih wrote in the post. "I’m posting this picture because the stories on social media have made them out to be the suspects, and the off-duty cop the victim."

According to the statement from the city of Corona, the two family members of the man who was killed remain in the hospital and are in critical condition. Shureih told a Los Angeles CBS affiliate on Sunday that his uncle was doing better and had his breathing tube removed; he said his aunt "is still not out of the woods," though.

The city's statement says that the Corona Police Department will work with the Riverside County District Attorney’s Office to evaluate the incident. The LAPD is also opening an internal investigation, according to the Associated Press.

It's ultimately up to LAPD Chief Michel Moore to decide whether or not the officer involved in the shooting will be put on leave during the internal investigation, the AP reported. It was not immediately clear what Moore decided.

The Los Angeles Times also reported that French's family plans to hire a lawyer to work on the case.

More like this
Here’s Where The NHS Nurses’ Strike Currently Stands
By Sophie McEvoy
6 Organizations Fighting Police Brutality That You Can Support Right Now
By Syeda Khaula Saad and JR Thorpe
Kim Petras Just Made Grammy History
By Jake Viswanath
42 Black Owned Fashion & Beauty Brands To Support Today & Always
By Mekita Rivas, Shea Simmons, Kui Mwai and Dominique Norman
Get Even More From Bustle — Sign Up For The Newsletter
From hair trends to relationship advice, our daily newsletter has everything you need to sound like a person who’s on TikTok, even if you aren’t.