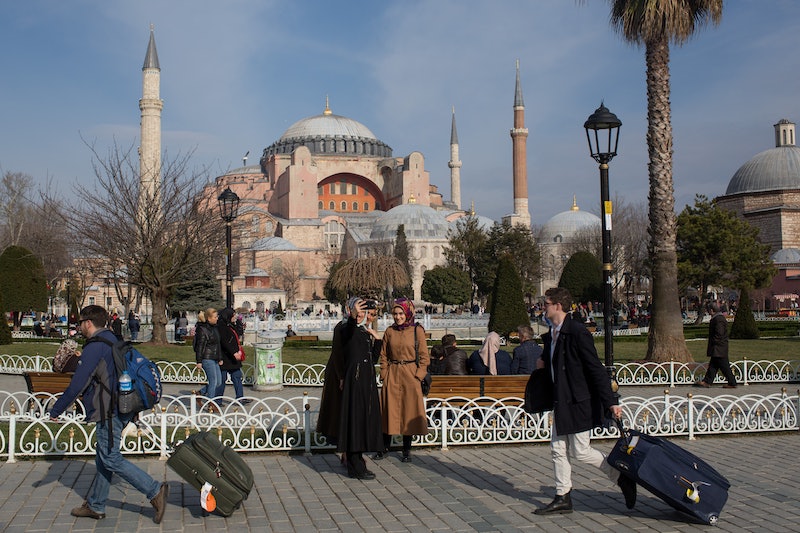 The Donald Trump refugee ban has already caused a huge uproar in the few days since he signed it into action, mostly because of the terrible human cost. There is another reason to condemn it, however.

The countries on Donald Trump's refugee ban list have a very concerning fact in common: Trump does not have business interests in any of them. Conversely, many of the countries that he left out are places where Trump has significant business ties. Just to go a little bit farther, the reasoning he gave for issuing the ban was to "keep radical Islamic terrorists out of America," yet the terrorists who have claimed American lives in major attacks on American soil did not come from the countries included in the ban.

In fact, the 19 hijackers involved in the Sept. 11 attacks came from four countries: Saudi Arabia, the United Arab Emirates, Egypt, and Lebanon — none of which are countries affected by the ban. According to Bloomberg, Trump has deep business ties in Saudi Arabia, the UAE, and Egypt, and that same report claims Trump also has licensing deals in Turkey. While he recently claimed to have turned down a $2 billion deal in the UAE, this does not erase the fact that he still has existing deals there that he has not scrapped or pulled himself out of.

Another country untouched by the ban is Indonesia, home to the largest Muslim population in the world. Unsurprisingly, Trump has plans to build two huge hotels there, hotels for which five-star ratings will apparently not adequately represent their true quality, so they're getting six-star ratings. The New York Times reports that construction or renovation on these properties had not yet begun as of the beginning of 2017, but that Trump was continuing with the development despite his promise not to create any new foreign deals.

I don't point this out to argue that these countries should be added to the ban — in reality, there should be no ban at all. But remarking on the seemingly haphazard, potentially damning way in which the ban has been applied is significant. The countries on the refugee ban list — Iraq, Syria, Iran, Sudan, Libya, Somalia and Yemen — represent some of the poorest places on Earth and places that have been torn by civil wars over the past several years. These are places that need help from those who can afford to give it. However, they're also not countries where a six-star hotel would do very well. Those defending the ban have said that the reasoning came from a desire not to offend powerful American allies like Turkey and Saudi Arabia — but it's also important to point out, and impossible forget, that those are also places from which money flows into Trump's pockets.