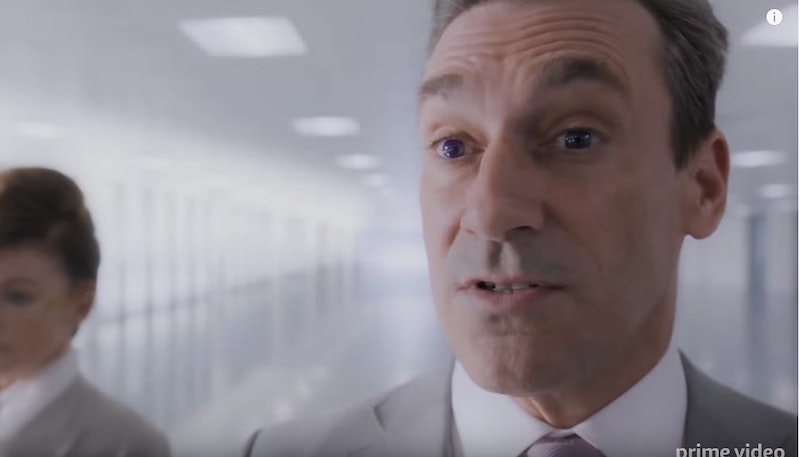 After much anticipation, Amazon's Good Omens finally arrives Friday, May 31. The fantasy series, which is is adapted from Neil Gaiman and Terry Pratchett's novel of the same name, follows the unlikely partnership of Aziraphale and Crowley, an angel and demon who team up in order to stop the apocalypse. It's quite the inventive premise, but that's not even the biggest draw — the Good Omens cast is filled with A-list stars.

Granted, most of the actors appearing in the show will be more familiar to British audiences (the series was a joint production between Amazon Studios and the BBC — among others — per Deadline), but viewers are sure to recognize at least some of the famous faces popping up throughout the series. As Gaiman said in a behind-the-scenes video for the show, "We have an enormous cast of very strange and wonderful people." Indeed, Good Omens features the stars of This Is Spinal Tap, Mad Men, Sherlock, Doctor Who, Masters of Sex, Succession, The Killing, and Fargo, among others, so it's nothing short of cosmic that they were able to nab all of these prolific actors for one project. Get to know 15 of the weird and wonderful talents below.