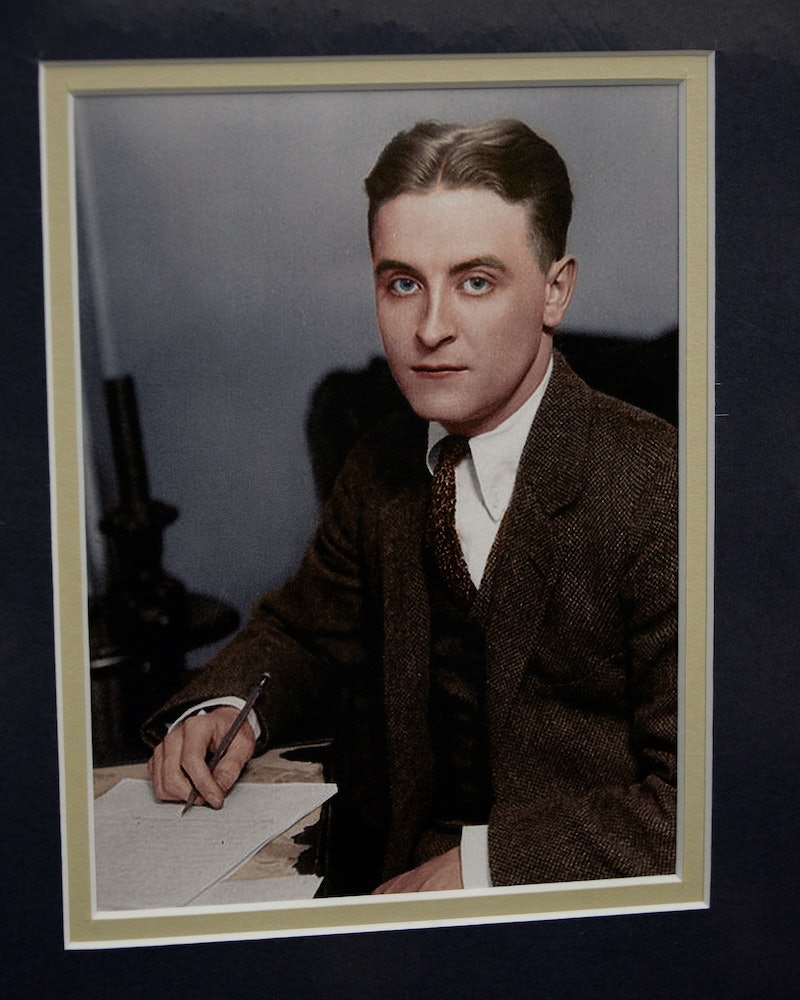 Thanks to the magic of Airbnb, travelers don't just have to stay at the same old hotels and hostels anymore. Nowadays, you can rent a treehouse in the Costa Rica or Laos, relax on a houseboat beneath the Eiffel Tower, and, for just $150 a night, you can stay in the home of F. Scott and Zelda Fitzgerald, where the Jazz Age authors wrote Tender Is the Night and Save Me the Waltz, respectively. If you were ever looking for the right place to start your Great American Novel, this may very well be it.

Theirs is perhaps one of the most famous literary love stories of all time: During World War I while stationed in Montgomery, Alabama, a young F. Scott Fitzgerald met Zelda Sayre at a country club. He was an aspiring writer and a soldier, she was the "golden girl" of the local society scene. Determined to win Zelda's hand in marriage, Fitzgerald worked tirelessly to get his novel, This Side of Paradise, published. Shortly after he did, the two were wed, and so began an intense and tumultuous marriage between two immensely talented yet tragic individuals.

Throughout their relationship, the Fitzgeralds lived all over the globe, including Paris, New York, and Italy, but they often returned to the place where the met, and the place where Zelda Fitzgerald grew up: Montgomery. In 1931 the couple moved into a home on Felder Avenue, just a mile away from Zelda Fitzgerald's childhood home, where they lived until the spring of 1932. During their stay there, F. Scott Fitzgerald worked on the book that would eventually become Tender Is the Night. Zelda Fitzgerald, an artist and an author in her own right, wrote a portion of her autobiographical novel about their marriage, Save Me the Waltz, at the same time.

Although they did not live there very long, the Montgomery home was an important location for the Fitzgeralds. It served as a refuge for the family after Zelda Fitzgerald returned from a Swiss sanatorium that diagnosed her with schizophrenia. The home was also the last place the entire Fitzgerald family would live together. Now, it is the site of the F. Scott & Zelda Fitzgerald Museum, the only museum in the world dedicated to the famous Jazz Age couple. It is also the last of four surviving homes the Fitzgeralds stayed in throughout their marriage that the public can stay in. The rest are private residences.

Built in 1909, the historic Craftsman style house was originally constructed as a single family unit. After the Fitzgeralds moved out in 1932, it was converted into four different apartments, and in 1986, was set to be demolished. Instead, it was purchased by the McPhillips who donated it as the official F. Scott and Zelda Fitzgerald Museum. Now, over 30 years later, readers from around the world can visit the historic homestead, learn about its famous literary residents, and even stay overnight.

According to the Airbnb listing, the Fitzgerald home is a beautiful and quaint location with "views of the sprawling magnolia tree on the front lawn," and the perfect place for a book-lover to spend a night away. The space features two bedrooms, full kitchen and bath, living room, dining room, and a sun porch. It's Jazz Age-appropriate furnishing include a record player, plenty of jazz records, sofas, armchairs, decorative lamps, an Oriental rug, and even some embroidered pillows featured some of Zelda Fitzgerald's most famous quotes. "Those men think I'm purely decorative and they're fools for not knowing better," reads one. Guests of the apartment also have access to a free tour of the museum, which is located just downstairs. You can request to book this literary apartment on Airbnb.

More like this
Craving The Beach? Here's Your Guide To A Solo Vacation In Turks & Caicos
By Alexis Morillo
10 Must-Read New Books Out This Week
By K.W. Colyard
Read The First Pages Of Emma Rosenblum’s Highly Anticipated Debut, 'Bad Summer People'
By Samantha Leach
Viserys’ Fate On 'House Of The Dragon' Could Differ From The Book In This Surprising Way
By Grace Wehniainen
Get Even More From Bustle — Sign Up For The Newsletter