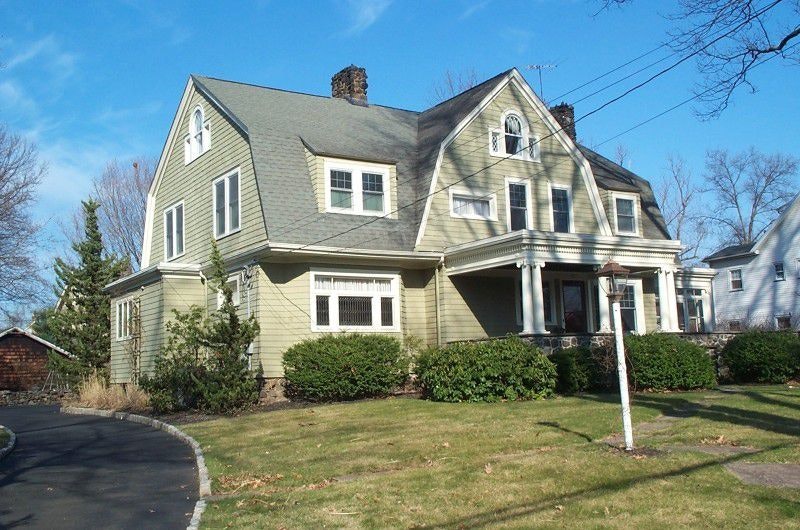 What do you look for in a family home? A quiet neighborhood? A good school district? His and her sinks? If you're answer was "six bedrooms, a two car garage, and a psychopath stalker," you're in luck! The infamous "Watcher House" in Westfield, New Jersey, is back on the market.

For those of you unfamiliar with the story, or who have blocked it from your mind because you enjoy being able to sleep at night, allow me to fill you in. In 2014, the Broaddus family — Derek, Maria, and their three children — purchased the expansive home at 657 Boulevard for $1.35 million dollars. Three days after closing, they allegedly received a hair-raising letter from someone who identified themselves as the "Watcher."

"[The house] has been the subject of my family for decades," the Watcher explains. "I have be [sic] put in charge of watching and waiting for its second coming. My grandfather watched in the 1920s and my father watched it in the 1960s. It is now my time."

If you're thinking this is a friendly, groundskeeper-type relationship, it's not. The letter goes on to say, "Do you need to fill the house with the young blood I requested? Have you found all the secrets it holds. Will the young bloods play in the basement. Who has the bedrooms facing the street? I will know as soon as you move in."

It gets worse! The letters allegedly said that the home's former owners, John and Andrea, sold the house to Broadduses at the Watcher's request.

“Have they found out what’s in the walls yet?” the Watcher asked. “I am pleased to know your names now, and the name of the young blood you have brought to me."

The Broaddus family, understandably spooked, listed the home for sale before they even moved in, and a year later they sued the Woodses for allegedly failing to mention their house was being watched by a bloodthirsty stalker.

“I would be pretty upset if I bought a house and found out that the previous owners knew about it," one neighbor told CBS New York.

The Woodses countersued for defamation, and the two families are still locked in a prolonged legal battle. The police, meanwhile, still have not identified the Watcher, and say there is no suspect in the case.

In February, a man was renting the home from the Broadduses, and seemed remarkably unconcerned about the whole situation. He told a reporter that he had never followed the case of the Watcher until after he moved into the home, and that it "is not my issue."

In March, the Broaddus family filed a lawsuit against the town of Westfield, asking that it allow them to demolish the home, and build two new houses on the plot instead, because they claimed they could not sell the property due to all of the press surrounding the Watcher.

The town denied their request, however, so the Broaddus family have put the house back on the market for $1,125,000, over $200,000 less than what they originally purchased it for in 2014. The property was first listed on Zillow.com and Realtor.com four days ago. In addition to the six bedrooms, the house, which was built in 1905, includes several fireplaces, wood floors, and a gourmet kitchen. Realtor.com's description of the property says "Recent updates include new hot water heater, dual zone CAC, security system, electrical system, 11 Andersen thermo windows (first floor), ceiling fans & landscaping."

Regardless of who the Watcher is, or who would want to buy the supposedly watched house, that updated security system is probably a good addition.