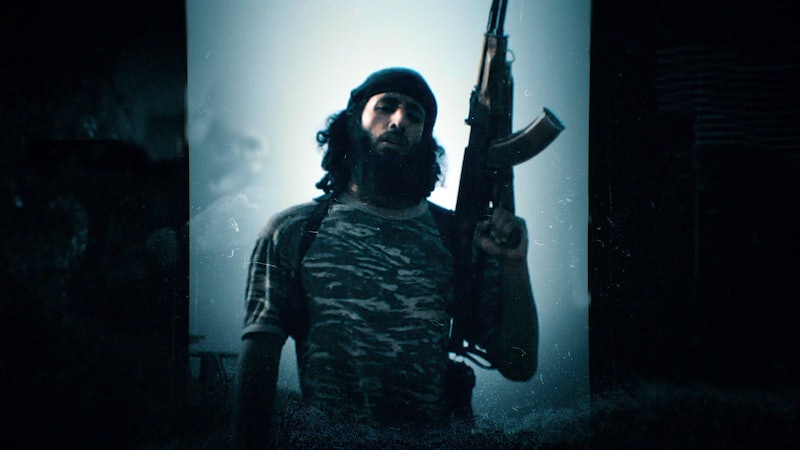 Any documentary detailing horrific crimes takes time to make. But one that deals with global intelligence, terrorism, and the brutal murder of numerous hostages requires a huge amount of work. An upcoming Channel 4 documentary detailing the life and crimes of the so-called Jihadi John certainly falls into the latter category. Featuring interviews with intelligence experts, law enforcement, former hostages, and victim's family members, The Hunt for Jihadi John tells Mohammed Emwazi's story from beginning to end.

As the i reports, Emwazi was born in Kuwait but moved to the UK when he was six years old. He is believed to have left the UK to travel to Syria in 2012, states The Times. He had been questioned by intelligence officers and law enforcement before leaving the country and there was an attempt to recruit him for informational purposes.

It's unclear exactly how he was radicalised but Emwazi went on to become a poster boy for ISIS' brutal regime. He is believed to be responsible for the deaths of several Western hostages including journalists James Foley and Stephen Sotloff and aid workers Alan Henning and David Haines, reports the i. Such killings were routinely filmed and shared online.

Emwazi — who was given the name Jihadi John by the press — was a member of the so-called Beatles; the nickname given to a group of four British ISIS soldiers by their hostages. As The Times reports, the 26-year-old was killed by a drone strike in November 2015.

Although The Hunt for Jihadi John focuses on Emwazi's life, it also "explores the shattered lives of [his] hostages and the emotional and psychological turmoil of the family members whose relatives were barbarically murdered by the British terrorist," reads the official synopsis. Details of the investigation that led to his death are also revealed.

"There was always within the film a procedural film about Emwazi, the world of espionage, and how they used all the tools of their trade to find and kill him," director Anthony Wonke told the i. "But we always thought that it had to be more than that, and we needed to show the emotional side of it and the tragedy behind all of it — people were hurt, killed, and traumatised by him. We wanted to address that and rebalance it.”

According to Channel 4, producer and journalist Richard Kerbaj began working on the documentary in June 2017. Interviewees include Diane Foley (the mother of one of Emwazi's victims), former hostages, law enforcement, and even his former teacher.

Even Kerbaj was surprised at how honest intelligence officers were on camera. "They were so self-critical, whether it was from a military perspective, about Britain’s unwillingness or failure to properly fund the right part of the militant movement there, or whether it was about the missed opportunities by the police and security services to allow the likes of Jihadi John to be able to get to Syria," Kerbaj told Channel 4.

The only people that refused involvement were Emwazi's family. "They didn't want to discuss it," Kerbaj told Channel 4.

Ultimately, Kerbaj added, the 90-minute documentary is "the story of a kid who went from being fairly ordinary ... to becoming this symbolic figure for the world's most brutal terrorist organisation."