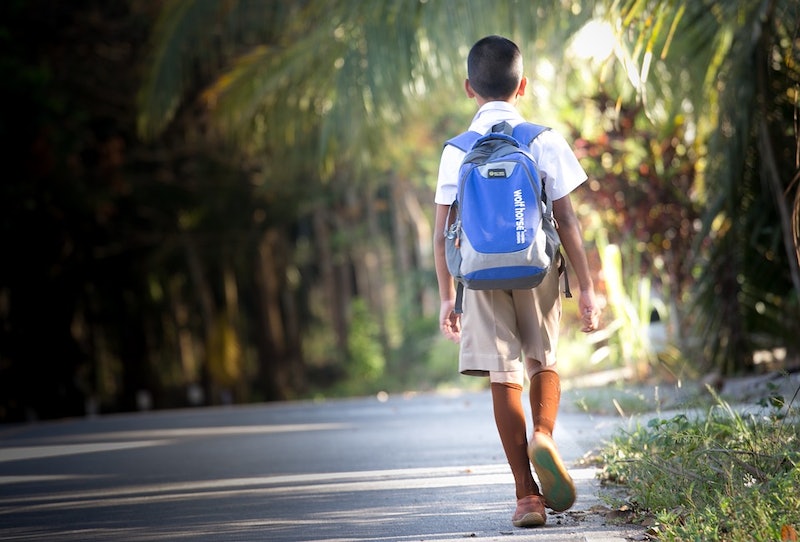 While certificates for perfect attendance may adorn refrigerators in some families, one mom is speaking out on why they aren’t a coveted award in her household. After Rachel Wright’s 10-year-old son J.J. was rewarded for his attendance record, Wright took to Facebook to explain why her son wouldn’t be accepting his perfect attendance award.

In a Facebook post that has since been shared over 13,000 times, Wright highlights the problems with rewarding students for perfect attendance at school, specifically in regard to who in turn is being penalized. Her post lists the four reasons J.J. wouldn’t be accepting his award for not missing school. “1. We don't reward luck,” Wright writes. “In this family we will think of as many reasons possible to praise our children. We will celebrate and reward them, but being lucky enough not to get sick is not one of them. He's lucky to have not developed a fever, had an accident or live with a chronic illness.”

Wright has three children, including 11-year-old Sam who has severe cerebral palsy. As Wright explains in her Facebook post, Sam has had just as much control over his attendance as J.J. has had over his. “In this family you don't take praise for something you didn't do,” Wright states. “He had no control over his attendance. I took him to school and it would have been my decision to keep him off.”

“As the parent of a severely disabled child, I have a strong aversion to rewarding children for not being sick,” she said in an interview with The Huffington Post. “It is important that as a family we value all people and that sickness does not mean rewards are forfeited. Being sick means you are cared for, not punished. Since our eldest son was born, our values have changed and our perspective altered.”

Wright also pointed out that J.J. technically wouldn’t even have perfect attendance this school year, as he’d be missing five days at the end of term for a family trip. However, since he has permission from school, this wouldn’t affect J.J.’s attendance record. So, as Wright states, even without perfect attendance, J.J. will still get his award, which includes receiving free admission to an indoor park with other students who also had perfect attendance.

Attendance is an issue that affects us even as adults, with taking leave from work even when sick being difficult for many people. Recently, a CEO’s response to an employee taking a mental health day went viral for how empowering it was to mental health conversations. While this boss's comments were encouraging, they highlight a greater problem at hand: this response is not the norm. There is an expectation for people to go to work or school even when they are not feeling well. In turn, health and well-being are hard to prioritize when unconditional attendance is still incentivized.

Though Wright’s comments on Facebook have incited some debate and disagreement, Wright stated that she’s glad her post is causing a discussion. As Wright tells Today, she believes these kind of attendance incentives are “indicative of a society that values strength, productivity and health but pities disability and sickness. I think we can be better than this.” Thanks to conversations like the one Wright has initiated, we can start to.