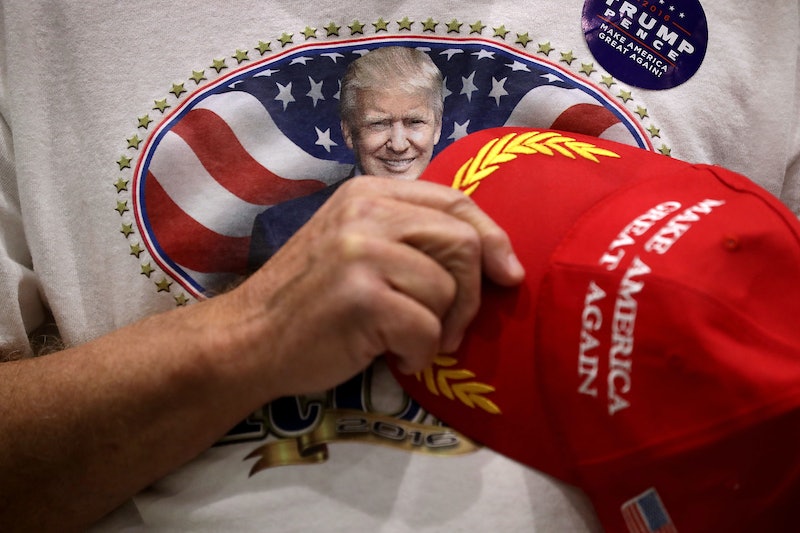 It’s strange to think that, after all the primaries, campaigning, conventions, debates, elections, and Electoral College votes, the thing that will actually make Donald Trump the president of the United States is the thirty-five words of the Presidential Oath. Written into the Constitution, Article II, Section I, the oath gets right to the point, with no fussy stuff. Here is the oath as Donald Trump took it, repeating after Supreme Court Chief Justice John Roberts:

Not every president has recited the entire oath themselves — for many years, the custom was to deliver oath wedding-vows style, with the Justice reciting the oath as a question: “Do you solemnly swear…” Also, many presidents choose to add, “So help me, God” even though it is not in the Constitution.

What exactly the deeper meaning of Trump’s oath will be — or whether it will mean anything at all, given his predilection to try some of the more hallowed portions of our Constitution — we will have to stay tuned to find out.