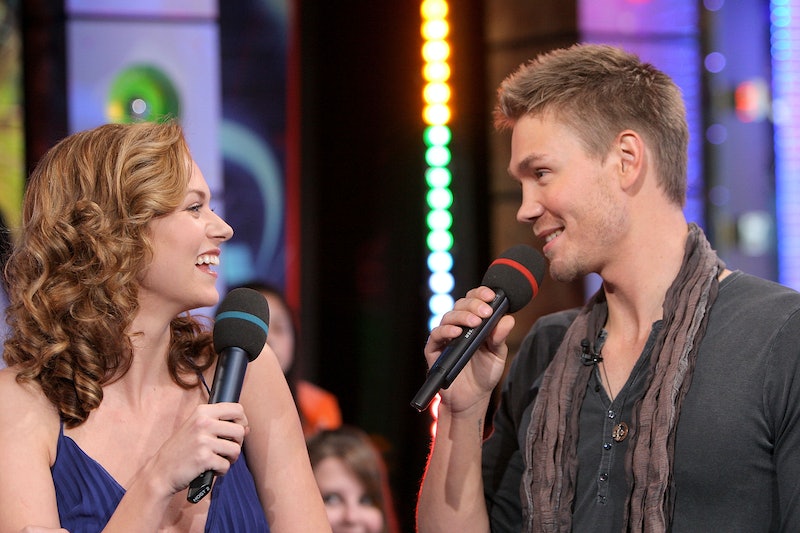 Cue Gavin DeGraw: Peyton Sawyer and Lucas Scott live on at the latest One Tree Hill reunion in Wilmington, North Carolina. Over the weekend, Hilarie Burton, Chad Michael Murray, James Lafferty, Antwon Tanner, Jana Kramer, Robert Buckley, Stephen Colletti, and more reunited for an annual One Tree Hill convention meet and greet in the port city where the WB series was filmed for nine seasons. While the cast has reunited several times in the past, the three-day convention marks a rare reunion between Burton and Murray.

Burton and Murray's Peyton and Lucas were one OTH's most beloved couples, and one of the few who actually ended up with a happily ever after despite the show's love of dramatic break-ups and crazy nanny mishaps. Seeing the actors reunite after all these years is a bit like getting confirmation that somewhere out there Peyton and Lucas are still going strong.

The convention is the second One Tree Hill reunion to happen this year. In January, Sophia Bush, Bryan Greenberg, and Danneel Ackles had a mini OTH reunion at the Golden Globes for InStyle’s elevator video segment. InStyle captioned the video of Greenberg showing he's still got his basketball skills, “Let’s go Ravens!” The Globes reunion came on the heels of Burton, Tanner, and fellow OTH alums Tyler Hilton, Lee Norris, and Colin Fickes’ reunion in the Lifetime holiday film A Christmas Wish in November 2019.

Last September, Burton celebrated OTH’s 16th anniversary with a tweet that showcased the cast’s tight familial bond. “Last night @JDMorgan and I were talking about the roles that will live with us forever. He has his. Mine is Peyton Sawyer,” she wrote. “I poured so much of myself into her. And I love all my brothers and sisters from OTH that did the same with their characters. Family. Forever.”