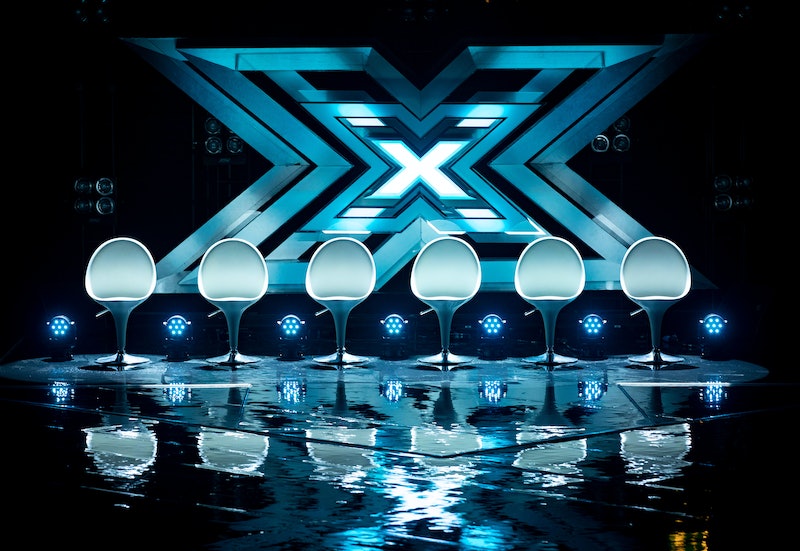 The X Factor has had plenty of shakeups in its time, but the changes seem to have accelerated with these later series, to the point where you wonder which features will return before a new one begins. The six-chair challenge comes and goes, so does the live studio audience in the auditions, but the latest X Factor changes may be the most dramatic yet — to the point where the X Factor might soon be unrecognisable. While it'll still have some of its staples, you might be looking at a complete regeneration of the X Factor.

With increasingly small ratings, which The Independent reported about following the show's lowest ever viewership on Sunday, Nov. 4, Simon Cowell has decided his brainchild needs some serious reinvigoration. The X Factor's survival might depend on these drastic changes.

According to Digital Spy, two special edition series of The X Factor will be running back to back, starting with the long-speculated-about celebrity special, which will then be followed directly by an All Stars series. The latter will see previous contestants returning to battle it out once more.

Cowell originally confirmed these one-off series in an interview with The Sun on Feb. 14, in which he revealed that plans were still a bit up in the air. "We haven’t exactly confirmed the dates or the order of the shows," he told the paper, "but essentially there are going to be two versions of X Factor running this year."

However, there has been a change beyond Cowell's control. When asked whether the same judges from 2018's series — Robbie Williams, Ayda Field, Louis Tomlinson — would be returning again during his appearance on This Morning on Nov. 30, 2018, he replied confidently: "It will cost a lot of money, but yes." Although, that doesn't look to be the case now.

As Bustle has previously reported, Ayda Field and her husband Robbie Williams have decided that they'll be leaving the show after only appearing in one series. Field announced their decision via Instagram with the caption:

"A quick update from Team Williams… it's been a very busy year so far and Vegas has been incredible - we cannot wait for June and July to do it all again. We’ve got some very big announcements coming soon - but we can’t reveal all yet. Sadly as it's impossible to do everything, we're gutted to tell you we won't be able to return to The X Factor this year. We will, however, be working on projects with Simon going forward - and as huge fans of the show, we will still be tuning into The X Factor, voting and winding Simon up! AWxx"

And if that wasn't enough, The Sun has reported that Louis Tomlinson said his return is "less likely" this year. According to the newspaper, the former One Direction singer said:

"He [Simon Cowell] hasn't called me yet. I had an amazing experience on the show last year, but if it's going to get in the way of my mission for this year, which is releasing the album, then it's probably going to be less likely."

Rumours are already circling about who may be next in the judge's seat. Sources close to classic X Factor judges Louis Walsh, Cheryl, Mel B, and Dannii Minogue said they had yet to be approached about a return, but as The Sun states, that is standard for X Factor where new judges usually sign deals in May. But there's always the possibility that Cowell's seeking out someone totally new and unexpected. There's no telling what this revamp of the X Factor will look like.

More like this
Jason Derulo Is Launching A New Singing Show In The UK
By Maxine Harrison
Wait, Is Maya Jama Confirmed To Host 'Love Island'?
By Sophie McEvoy
What Exactly Is The Bish & Chips Show?
By Frances Stewart
How To Get Tickets To 'Strictly Come Dancing's Live Tour
By Sophie McEvoy
Get The Very Best Of Bustle/UK