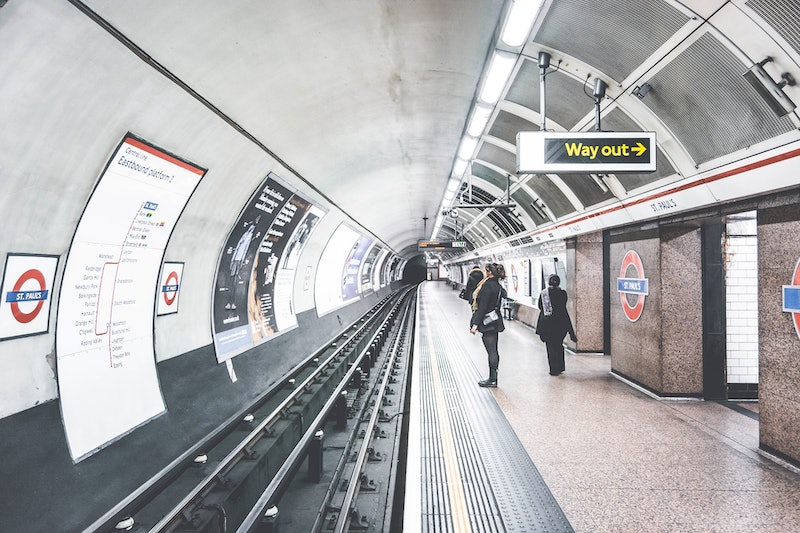 Score one for gender inclusivity: Transport for London (TfL) has announced that the London tube will no longer use “ladies and gentlemen” in its announcements to passengers. The change comes in an effort to be more gender neutral and more inclusive of people who do not identify with binary gender labels. Employees of the London Underground will replace the gendered language with neutral greetings like “Good morning, everyone.”

The Evening Standard reports that TfL’s decision comes at the urging of LGBTQ activists who have campaigned for months to replace “ladies and gentlemen” with gender-neutral language. Bernard Reed, a trustee of the Gender Identity Research and Education Society (GIRES), explained to the Evening Standard, “People have a broad spectrum of gender identities, which could be as a man or as a woman (binary) or in between those identities (non-binary) or as non-gender. These diverse identities are increasingly recognized and respected within society.”

“We want everyone to feel welcome on our transport network,” Mark Evers, director of customer strategy at TfL, said of the decision to move toward more gender-neutral language. “We have reviewed the language that we use in announcements and elsewhere and will make sure that it is fully inclusive, reflecting the great diversity of London.”

The change in language comes with the support of London Mayor Sadiq Khan. In June, Khan said during the “Mayor’s Question Time,”

Transport for London (TfL) serves a vibrant, diverse and multicultural city, and provision of an inclusive transport service is at the heart of TfL's purpose. I am aware however, that some customers may not relate to or feel comfortable with the way that certain station announcements are made. I am keen that TfL addresses these concerns by speaking in a more neutral way when referring to gender.

LGBTQ activists are praising the switch to gender-neutral language on public transportation. A spokesperson for LGBTQ activist organization Stonewall told the Evening Standard, “Language is extremely important to the lesbian, gay, bi and trans community, and the way we use it can help ensure all people feel included.” The spokesperson said that the move toward gender neutrality “will ensure that everyone — no matter who they identify as — feels accounted for.”

Khan said that TfL has instructed its staff to use gender-neutral phrasing. “[F]rom time to time, well-meaning staff may still use the term ‘ladies and gentlemen,’” he said. “If this happens frequently, TfL will issue reminders to staff.” Pre-recorded announcements will also be adapted to be gender neutral.

More like this
How To Politely Reject Someone Who Keeps Asking You Out
By Laken Howard and Lexi Inks
Black History Month UK’s 2022 Theme Calls For Action, Not Words
By Maxine Harrison
Chris Kaba's Family Continue Fight For Justice After Viewing Police Bodycam Footage
By Sophie McEvoy
Everything You Need To Know About Angel Numbers
By Nina Kahn and Brittany Beringer
Get Even More From Bustle — Sign Up For The Newsletter