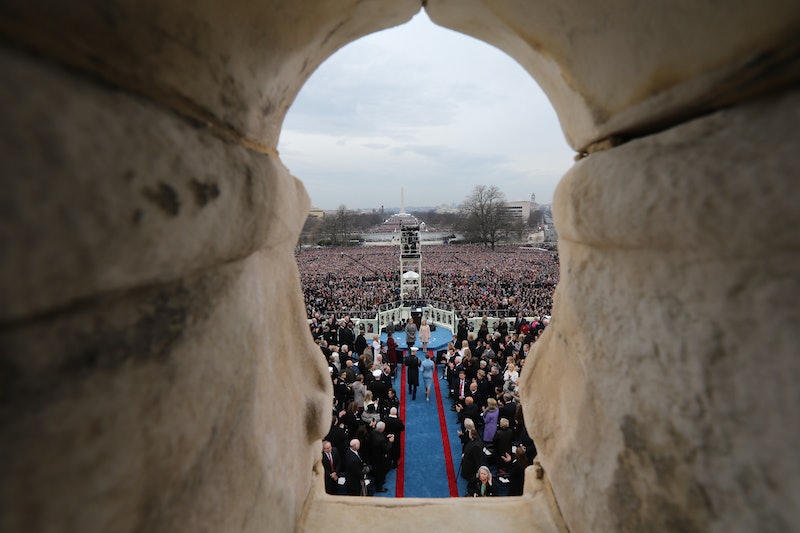 Businessman and reality TV star Donald Trump officially becomes President Donald Trump on Friday, Jan. 20, in one of the most divisive inaugurations in the nation's history. After he takes the presidential oath, Trump is expected to make an inaugural address, which will be remembered in history alongside greats like George Washington, Abraham Lincoln and Franklin Delano Roosevelt. We know Trump likes to talk, but will Trump's inaugural address be longer than the longest inauguration address in U.S. history? It's doubtful.

So, how long does it take to deliver 9,000 words? According to the Britannica Blog, Harrison spoke for over 90 minutes without stopping. He also delivered his speech without a coat and hat, which led, unfortunately, to the illness that ultimately killed him. Harrison became sick with pneumonia not long after his inauguration, and died just a month later. President John Tyler succeeded him.

Who had the second longest inauguration speech in U.S. history? That honor belongs to President William Howard Taft, who delivered an inaugural address with over 5,000 words, according to The American Presidency Project. President James K. Polk also delivered a hefty speech of 4,800 words.

While Trump spoke for a substantial amount of time during the inauguration on Friday, he did not — thankfully — speak for over 90 minutes. It looks like Harrison still owns the title of "Longest Inauguration Speech Ever" — for now.