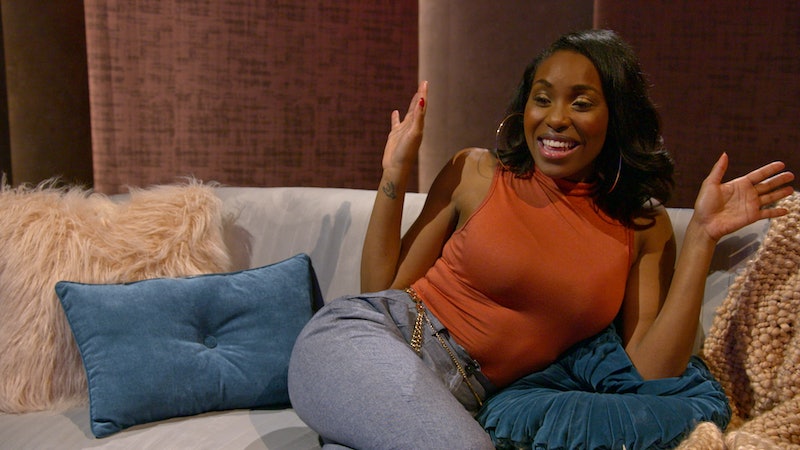 The three-week experiment that no one expected to take both Netflix and the reality world by storm is sticking around for just a little bit longer. Love Is Blind is getting a reunion hosted by Nick and Vanessa Lachey, who also hosted the series. The special will air on Netflix's YouTube channel on Thursday, March 5, following the two-hour finale that drops on Netflix on Thursday, Feb. 27.

The reunion promises to answer burning questions, like which couples are still together, who has regrets, and what it was like for the cast to watch the series. Plus, Netflix teased that the reunion would also include "more unexpected twists and revelations" from the couples. Seeing as Season 1 was filmed in the fall of 2018, a Love Is Blind reunion is much-needed, both for fans and for the contestants who haven't been able to talk publicly about their experiences for over a year.

Each of the six couples who got engaged (well, the ones who were shown on Netflix), will appear on the reunion. Which means that, yes, fan-favorites Lauren and Cameron will be there to talk about their relationship. Many fans have rooted for them since the beginning. And they look pretty cozy in the photo released from the reunion.

As for the other couples, it sure doesn't seem like Mark and Jessica are still together, especially since they're not even seated near each other, but that could simply be a production choice. The fact that Giannina and Damon are sitting by one another might be proof that all is well between them following her dramatic exit at the alter, whether they're married or not.

All of the couples also have their hands conveniently hidden in the photo, so it's unclear if anyone is wearing an engagement ring. But, the Love Is Blind reunion promises to tell all, so fans will have answers soon enough.