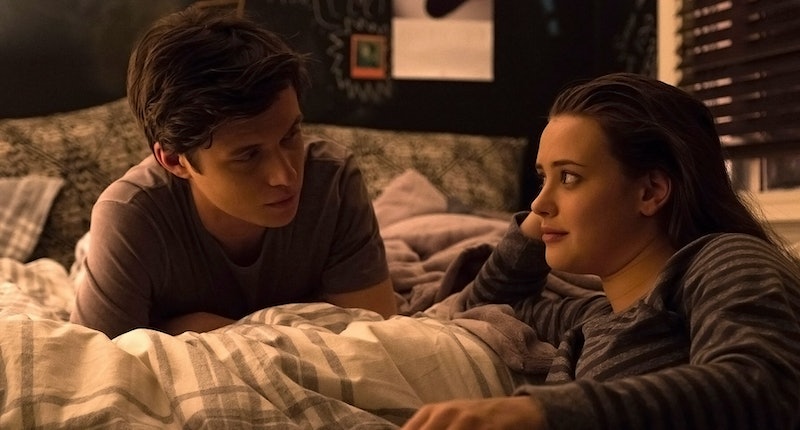 When Love, Simon, the film version of Becky Albertalli's Simon vs. the Homo Sapiens Agenda was first announced, fans of the book were understandably thrilled. And since its March 17th release, Simon Spier's story of coming out and falling in love has hit a nerve not only with lovers of the original story, but with a wider audience as well. Let's just say, the obsession is real. This is the gay rom-com we all always knew we needed and you might be finding yourself even now scrambling to figure out when you'll have time to catch the movie again — twice, thrice, maybe four times if you can manage it.

But lest you think that the story of the Simon-verse ends there, I'm here to tell you that you've got one very special surprise in store...and you don't even have to wait that long to open it. Because there's more Simon coming our way on April 24, 2018, in the form of Leah on the Offbeat, the Simon book sequel. And it's all about Simon's BFF, Leah Burke.

Leah On The Offbeat by Becky Albertalli, $12, Amazon (Pre-Order)

This is especially exciting news for fans of Simon who fell in love with Leah both on page and on screen, as the final installment in the Simon universe will focus in specifically on her. While Leah (and the rest of Simon's crew) was a huge part of the film, you'll get to know even more about her thanks to Albertalli's latest release. If you imagined Leah as a badass girlband drummer struggling with a sexual awakening of her own...let's just say you're going to really love Leah on the Offbeat.

Here's the gist of the plot: When it comes to drumming, Leah Burke is usually on beat — but real life isn’t always so rhythmic. An anomaly in her friend group, she’s the only child of a young, single mom, and her life is decidedly less privileged. She loves to draw but is too self-conscious to show it. And even though her mom knows she’s bisexual, she hasn’t mustered the courage to tell her friends — not even her openly gay BFF, Simon. So Leah really doesn’t know what to do when her rock-solid friend group starts to fracture in unexpected ways. With prom and college on the horizon, tensions are running high. It’s hard for Leah to strike the right note while the people she loves are fighting — especially when she realizes she might love one of them more than she ever intended.

If it's that special mix of heartfelt and emotional, hilarious and relatable, that first drew you into Simon — whether on page or on screen — it sounds like we're all in for much the same in this highly anticipated sequel. And with only a little over a month to go, it looks like this is definitely going to be the spring of Simon-based feels. Let's just hope that Hollywood comes calling for this one, too.