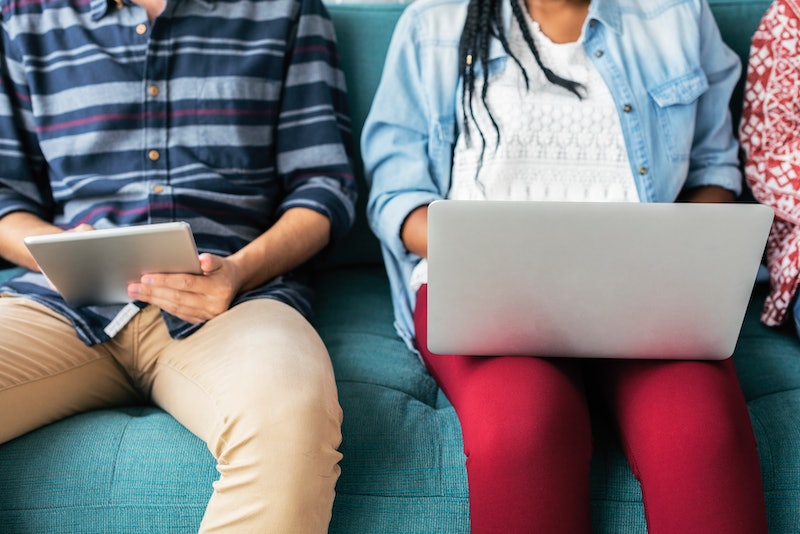 The first time I had something published online to a decent sized audience, I received the same three words of advice from pretty much everyone: Avoid the comments. It’s no secret that the internet has a harassment problem. There are few websites you can peruse without seeing someone call a presumed stranger any combination of some choice four letter words. A new survey on online harassment conducted by Pew Research Center shows just how unavoidable these kinds of comments often are, with 41 percent of adults in the United States saying they’ve experienced some form of harassment online.

An even larger share of people say they’ve witnessed online harassment of some kind. At 66 percent of the population, a majority of Americans say they have seen someone harassed online. (To be honest, that number seems a little low unless 34 percent of Americans have somehow managed to avoid, like, all of the YouTube comments sections.) For purposes of this survey, Pew grouped types of harassment into two categories: less severe behaviors and more severe. Things like name calling and “purposeful embarrassment” fell under less severe behavior. The “more severe” category included forms of harassment like physical threats, stalking, sustained harassment, and sexual harassment.

Men Are More Likely To Report Being Harassed Than Women

What’s maybe the most surprising statistic from this survey is men are somewhat more likely to be harassed online than women. 44 percent of men surveyed say they’d experienced some form of harassment, while 37 percent of women say the same. (As The Cut points out in their coverage of the survey, Pew didn’t present data on non binary individuals and those who don’t identify as male or female.)

What’s perhaps not surprising--but still disheartening--is that women, young women specifically, are more likely to be the target of sexual harassment. More than one in five young women (ages 18 to 29) say they have been sexually harassed online. The majority of young women (53 percent) say they’ve received unwanted explicit images.

Almost twice the number of young people have experienced online harassment than people who are older. 67 percent of people ages 18 to 29 say they’ve been harassed online compared to one-third of those ages 30+ who say the same.

However, Young Men Are Less Concerned About It Than Women

56 percent of men think online harassment is a “major problem” compared to 70 percent of women who say the same. Despite being statistically more likely to experience online harassment, almost two-thirds of men said that offensive content online is “taken too seriously.”

An overwhelming majority (75 percent) of men between the ages of 18 and 29 agree. Women were evenly split with half agreeing and half saying it’s “too often excused as not a big deal.”

More than double the number of women than men (35 percent versus 26 percent) say their most recent experience with online harassment was “extremely upsetting or very upsetting.” This likely contributes to the 63 percent of women who believe that it’s important for people to “feel welcome and safe online” versus the 43 percent of men who say the same.

Men are more likely than women to say that companies have a responsibility when it comes to curbing online harassment. In turn, social media platforms, like Twitter and Facebook, continue to take steps to combat harassment (albeit, slowly). However, given the disparities in how we all think about online harassment, specifically those who say we’re too concerned with offensive content, it’s hard to know how effective platforms’ tools can actually be.

It’s telling that while women report being harassed less than men, significantly more women are likely to say their experience with harassment was damaging in some regard. As this recent survey acknowledges, there are certainly degrees of severity when it comes to online harassment. And the way we talk about incidents like, say, nude photos of celebrities shared without their permission contributes to greater conversations regarding how we think about online harassment and how we begin to address it as a whole.

More like this
Black Women's Equal Pay Day Highlights An Upsetting Problem
By Brandi Neal
8 Completely Unserious Tips To Make Your Cuffing Season A Success
By Ginny Hogan
10 Ways To Be More Empathetic To Your Partner
By Raven Ishak and Lexi Inks
Think Your Partner Is Cheating? These Tarot Cards May Confirm Your Suspicions
By Kristine Fellizar
Get Even More From Bustle — Sign Up For The Newsletter