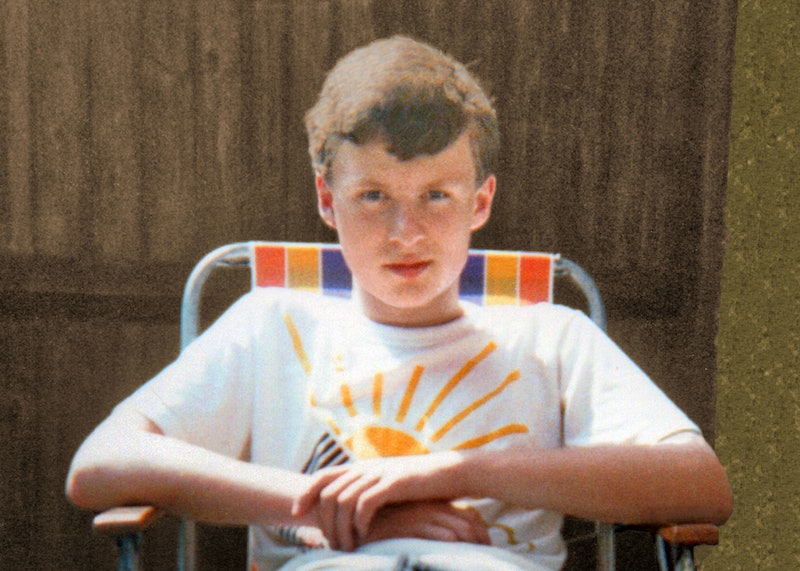 On September 10, 1988, 15-year-old Lee Boxell left his home in London to watch a football match at Selhurst Park in Croydon. But he never returned. The case has baffled and haunted the nation in the decades since, as it remains unsolved to this day. But now, just over 30 years later, the case is being looked at once again. Channel 5's Missing Or Murdered? will explore the Lee Boxell case in depth, taking a retrospective look at what happened all those years ago, and analysing some newfound discoveries that have occurred in recent years. It's an absolute must-watch for anyone who's been keeping a close eye on the case.

Debuting on Channel 5 at 10 p.m. on May 8 2019, the first episode in Channel 5's Missing Or Murdered? series begins with the case of Lee Boxell's disappearance. As previously mentioned, Boxell disappeared during September 1988, and there has been no word about what happened to him since.

According to the Daily Mail, soon after Boxell's disappearance, police discovered that he had been spending time at a meeting place for teenagers called St. Dunstan's Church in Cheam, which was nicknamed 'the Shed.' The newspaper writes that this spot had become "a target for sexual predators."

In 2013, the Daily Mail reports, a forensic team scoured 'the Shed' for evidence, but nothing was uncovered and, despite the police interviewing three suspects the following year, no one was formally charged.

However, in August 2018, a fresh line of enquiry opened up, according to the Daily Mail. Little is known about this new enquiry, but a Scotland Yard spokesman said: "On the basis of new information coming to light, officers are pursuing a new line of enquiry. No one has been interviewed."

On Sept. 10, 2018 — the day which marked 30 years since Boxell's disappearance — Peter, his father, issued a fresh appeal through the charity Missing People, as the BBC reported.

"I have been living in limbo for 30 years, not knowing if he is alive, safe and well, or if he was murdered," Peter said, adding: "I am almost 72 now and do not want my life to end without discovering what happened to my son."

As The Sun reported ahead of the show's premiere, new evidence is presented in Channel 5's Missing Or Murdered?, including testimonies from alleged witnesses. According to the newspaper, one of these witnesses — who preferred to remain anonymous, but the programme makers named 'Sally' — tells Channel 5 that she saw a blood-stained mattress propped against one of the walls of 'the Shed' a fortnight after Lee's disappearance. 'Sally' also reportedly states: "We were invited into a private place and told quite blatantly that Lee was not going to be seen again, that Lee was dead and that he was buried most likely in grassland not far from The Shed."

Speaking about the Channel 5 show, The Sun also wrote: "Programme makers commissioned University of Bradford’s Professor Hassan Ugail to produce a computer-aged photo of what Lee would look like today, age 46."

More like this
After The Bling Ring, Nick Prugo Was Embroiled In Another Scandal
By Arya Roshanian
Jason Derulo Is Launching A New Singing Show In The UK
By Maxine Harrison
DJ Tyler West Is Probably Safe From The “Strictly Curse”
By Maxine Harrison
Louisa Harland’s New Show Is A Far Cry From Derry Girls
By Frances Stewart
Get The Very Best Of Bustle/UK