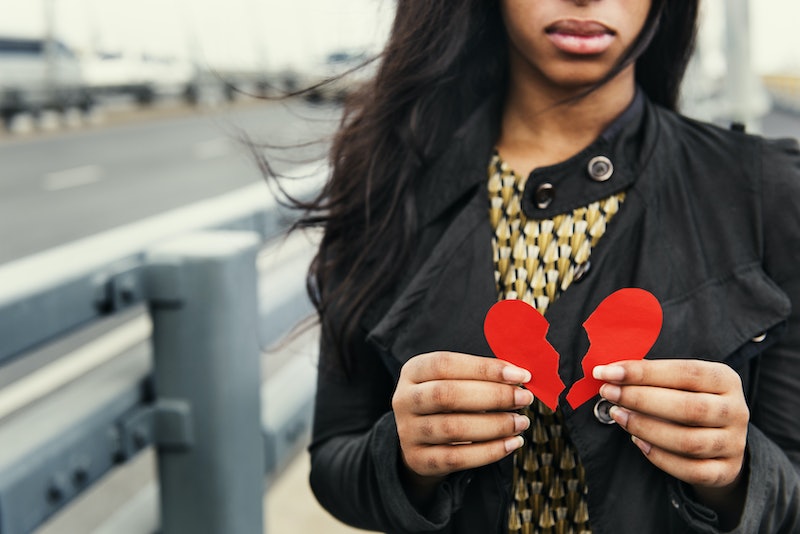 As someone who's insanely nostalgic, I save everything. I may not ever have a use for my 1999 YM or book report from second grade, but by keeping these things around, I feel like I'm keeping memories attached to them alive too. Even the not-so-great memories or the objects that remind me of exes. That's why I was so excited to hear that The Museum of Broken Relationships, which has locations in Los Angeles and Croatia, is coming to NYC for the first time with a two-day outdoor pop-up museum at Flatiron Plaza on Sunday, July 16 and Monday, July 17.

To celebrate the premiere of Bravo’s A Night With My Ex, The EXhibition, as they're calling it, will feature curated a special two-day outdoor pop-up installation at Flatiron Plaza on Sunday, July 16 and Monday, July 17. Like the other locations, the EXhibition will feature New Yorkers' donated objects and the stories behind them. For some, I imagine it'll be a way to let go of pain, and for others it's a chance to share an emotional (or even funny) story with strangers.

I'm donating an object that represents the exact moment, years after a four-year relationship had ended, that my heart broke and my eyes finally opened. I'm donating a pair of glittery Sperrys.

My ex always used to wear Sperrys. I got my first pair about a month into our two-month "break." They're comfy, glittery, and I typically got comments on them from first graders. When I Instagrammed them, I thought of him immediately. We weren't really talking during our amicable break but I knew he'd like them, and in a lot of ways that comforted me.

We ended our four year relationship, mutually, about a month later. It was sad, and difficult, but ultimately it felt right, and I don't think either of us spent too much time mourning the relationship. We had had such a strong connection and so much love for each other, but we were growing in different directions. Our timing was all off. Still, I thought one day I might regret that decision, and I hoped it would be sooner rather than later.

That moment smacked me on the head one morning in May three years later when I was walking to work and spotted him and his new girlfriend heading toward me. My heart stopped. Did they see me? Was it too late to run? Cross the street? I've never wanted to hide more in my life. And then, seconds later, there they were, standing in front of me and ready to chat. That's when it hit me: he had moved on. He had found someone that compared to me, or hell, was even better than me.

I'd been actively dating, but wasn't connecting with anyone — and I didn't even want to. I realized, as him and his girlfriend stood next to me, that I'd been holding out for the possibility that we'd get back together one day. But he had moved on and me? I hadn't gone anywhere. I felt like an idiot.

I don't remember what the three of us talked about or if my facial expression revealed the pain I was in, all I remember was trying to hold it together until they walked away. And when they finally did, I lost it. I spent the next 45 minutes trying to fight the tears sprinting down my face as I walked to my new job, but once I got there, I then just let them come, all day long.

I'd always been a proponent of the "out of sight, out of mind" mentality, but no one ever mentions what happens when someone pops back in sight. For me, that incident unleashed more heartache then I knew I was capable of having for someone I didn't know anymore. That day started the beginning of the important recovery process that I had been avoiding for years. It was also the last day I wore my glittery Sperrys.

They've been under my bed for a few years now and I'm ready to give them up. I've stopped hiding, it's time they do too.

More like this
The 19 Best Tweets & Memes About Bisexual Awareness Week
By Lexi Inks
Are Quality Time & Gift-Receiving Love Languages Compatible?
By Lexi Inks
Why A Libra & Libra Couple Might Become Codependent
By Kristine Fellizar
10 Creative Sexting Ideas That Don't Involve Nudes
By Lexi Inks
Get Even More From Bustle — Sign Up For The Newsletter