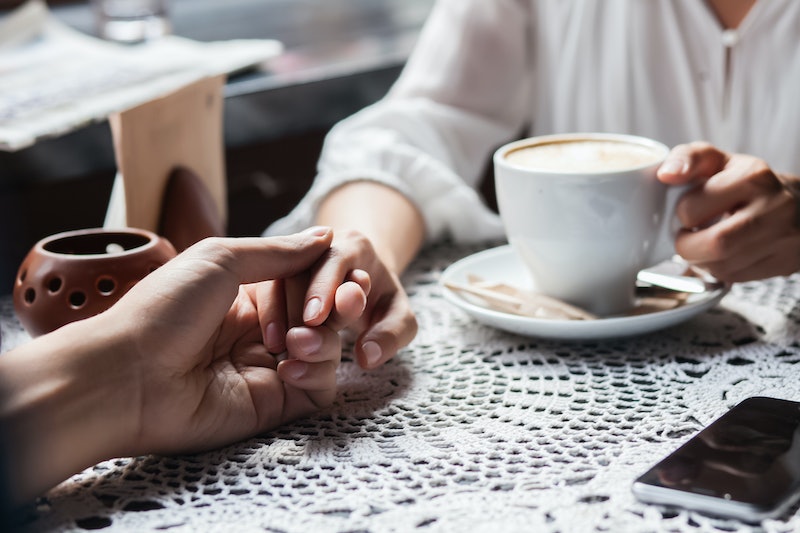 The New York Times' Modern Love columns have been a favorite of the newspaper's readers since its launch 14 years ago — and it's not hard to see why. The column, which explores love in all of its many and varied iterations — romantic, familial, platonic, unrequited, imagined, and so much more — have not only produced some of the most heart-wrenchingly beautiful, endlessly hopeful and unbelievably beautiful stories the internet has ever seen (and shared endlessly on social media), but it has even launched tons of popular and hugely celebrated Modern Love inspired books like Ada Calhoun's Wedding Toasts I'll Never Give and Nina Riggs's The Bright Hour. It seems that Amazon has wisely taken note of just how beloved Modern Love is, because it was announced today that Amazon Studios would be be bringing a series based on the column to the small screen.

According to an article in The Hollywood Reporter, the series will be a half-hour romantic comedy anthology that, just like Modern Love, will explore love and the human connection. The series will be eight stand-alone episodes, each of which will explore various aspects of love and relationships. Filmmaker John Carney, known for films like Once (which won the Oscar for Best Original Song in 2007) and Begin Again, has been tapped to write, direct, and produce the series — so it sounds like we're all in for some beautiful tear-jerker moments.

The order for Modern Love has been called the next in a trend of Amazon Studios programming that is focusing in on a push for female-driven storylines with universal appeal, like the Emmy-award winning Marvelous Mrs. Maisel which was released in March 2017 to overwhelmingly positive reviews from both viewers and critics. It's a strategy that Jennifer Sale, head of Amazon Studios has adopted since being chosen for the role in February 2018, after Amazon Studios founder Roy Price resigned from his position after sexual harassment allegations surfaced.

"We're looking for our next big show that women also can't stop talking about," Salke told The Hollywood Reporter. And while Modern Love has, and surely will in its new iteration, appeal to both women who have long been devotees of the column and new female fans alike, the beauty of Modern Love is in its relatable, universal appeal to all who have ever been in love, wanted to be in love, or thought about the role of love in all of our lives. I for one have already got my box of tissues set aside for this one.