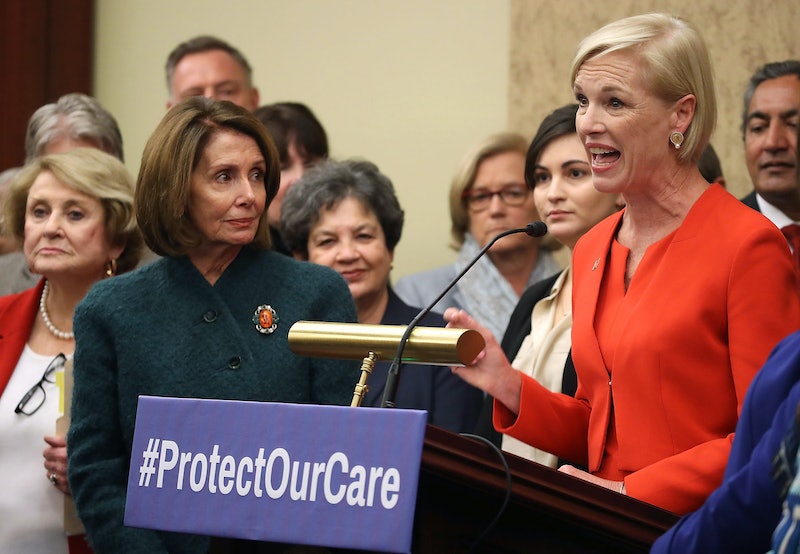 If you're a woman and you like having access to healthcare, the first week of this new administration has not exactly been a good one for you. I really wish the new president would take a breather before continuing down this path, though. There's one women's health study that Donald Trump should really take a look at before continuing to take away our health care, and it shows that some of the stuff they're trying to take away is literally a matter of life and death.

The reason for the racial difference is less scientific than it is sociological — white women typically have better access to cervical cancer screenings than black women do. Cervical cancer is actually preventable — a rarity among cancers — but preventing it requires regular screenings. And if Congress gets away with defunding Planned Parenthood, then what will vulnerable women have less access to? That's right, cancer screenings. And HPV vaccines, which protect girls against the virus that causes cervical cancer. This study really brings the Trump administration's budding war on women home.

The study hinges on one major change that the researchers made in calculating cervical cancer's mortality rates. In previous studies, they had included all women while calculating the rate and ignored all other factors besides gender. This created a faulty number, though, because one in five American women has had a hysterectomy. A woman who has had her cervix removed in a hysterectomy obviously has no chance of dying from cervical cancer, but this study was the first to take that into account and adjust the rates accordingly.

The Trump administration's aversion to science seems to be pretty extreme so far, but I really wish they would give this study a second glance. This literally concerns the lives of thousands of women, particularly low-income women and women of color who have to rely on Planned Parenthood, or the thousands of women who have gotten coverage under the Affordable Care Act. Women's lives shouldn't be a political thing, and yet here we are. As if we needed it, this study is yet more proof that the pro-life label is entirely misused.