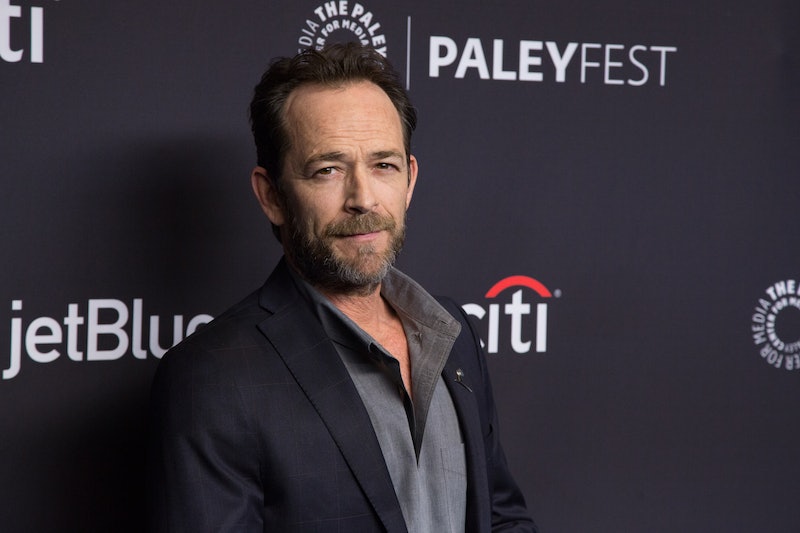 While Billie Eilish performed a stirring tribute in honor of actors who passed away in the last year at the Oscars on Sunday, the segment courted some controversy due to certain omissions. On Tuesday, the Film Academy released a statement addressing why Luke Perry was left out of the Oscars’ In Memoriam, alongside Cameron Boyce, Sid Haig, and Orson Bean. The Academy has since explained this was due to “limited available time” in a statement issued to various outlets.

"The Academy receives hundreds of requests to include loved ones and industry colleagues in the Oscars In Memoriam segment,” the statement read, per the Hollywood Reporter. “An executive committee representing every branch considers the list and makes selections for the telecast based on limited available time.” It concluded, “All the submissions are included on Oscar.com and will remain on the site throughout the year. Luke Perry and Cameron Boyce are remembered in the Oscar.com gallery."

On the Dolby Theatre stage in Los Angeles on Sunday, Eilish performed a cover of “Yesterday” by The Beatles for the In Memoriam segment that paid homage to Kobe Bryant, John Witherspoon, Kirk Douglas, Doris Day, and more.

Perry died in March 2019 from a stroke. He was 52. Known for his roles as Dylan McKay in Beverly Hills, 90210 and Fred Andrews in Riverdale, Perry also starred as Wayne Maunder in the Best Picture-nominated Once Upon a Time in Hollywood. The movie marked Perry’s final role before his death. In an interview with Entertainment Weekly last July, director Quentin Tarantino reflected on his time with the late actor on set. “It was really fun. I had a couple of different roles I could have put Luke in,” he said. “Luke was like, ‘I want to be on the Western show!’ Because he’s just a really great rider and he loves doing Westerns.”

Tarantino continued, “When we did one of his big horse scenes, Luke slides the horse to the front of the saloon and all the other riders fall in alongside him. I was like, ‘Luke, do you want us to help you out? … He was like, ‘Quentin? You could take a dime and throw it in the dirt and I will land on that dime. The take you’ll use is when everyone else gets it right.’”

More like this
14 Women To Watch This Oscar Season
By Marina Watts
Lin-Manuel Miranda & Tituss Burgess React To 'Little Mermaid' Casting Backlash
By Radhika Menon
An Extremely Messy Ranking Of What Actually Happens In 'Don't Worry Darling'
By Chloe Foussianes
Paul Mescal, Man Of Mystery
By Samantha Leach and Heather Hazzan
Get Even More From Bustle — Sign Up For The Newsletter